What are the eight-thousandes meter peaks?

Eight-thousand meter peaks are peaks that are higher than 8,000 meters above sea level. There are 14 major peaks above 8000 m, the ascent to which is an honorable task in the world of high-altitude mountaineering and is called "Crown of the Earth". We will talk about this program in the next article. Because step by step, summit by summit, I want to pass it myself.

Where are the mountains of the eight thousand

All 14 peaks above 8,000 are in two mountain systems in Asia. In the Himalayas, the youngest mountains on the planet, which continue to grow, there are 10 peaks. How many are in the Karakoram? That's right, the other four. 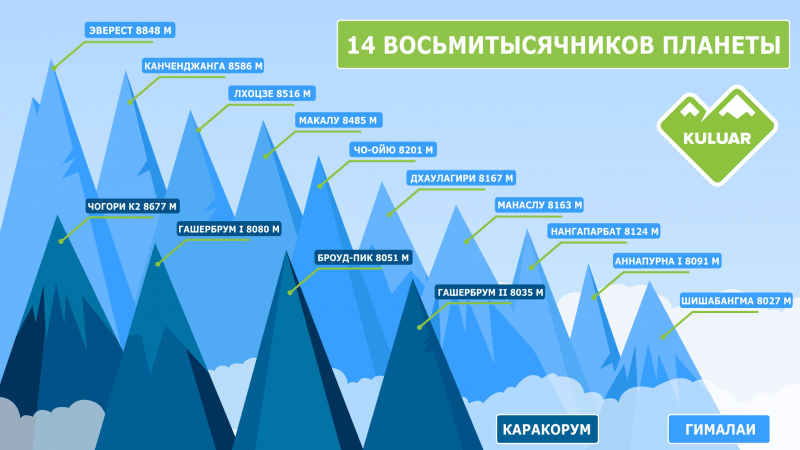 Most peaks are located on the borders of neighboring states, but only Everest has two roughly equivalent classic routes from different sides. 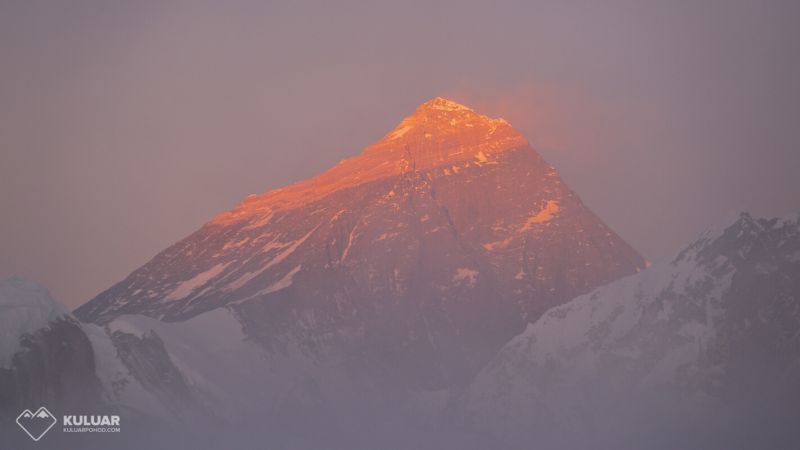 Everest has other names - Jomolungma and Sagarmatha. It is located in the Himalayas, on the border of Nepal and China. There are two classic climbing routes - from the South (Nepal) and North (China). The most popular eight-thousanders because it is the highest and relatively safe (mortality rate of 3%). Read the detailed article: mortality on Everest. There have been over 10,000 climbs in total, 212 of them without oxygen. I was on the summit of Everest on 14.05.2018, watch our video. 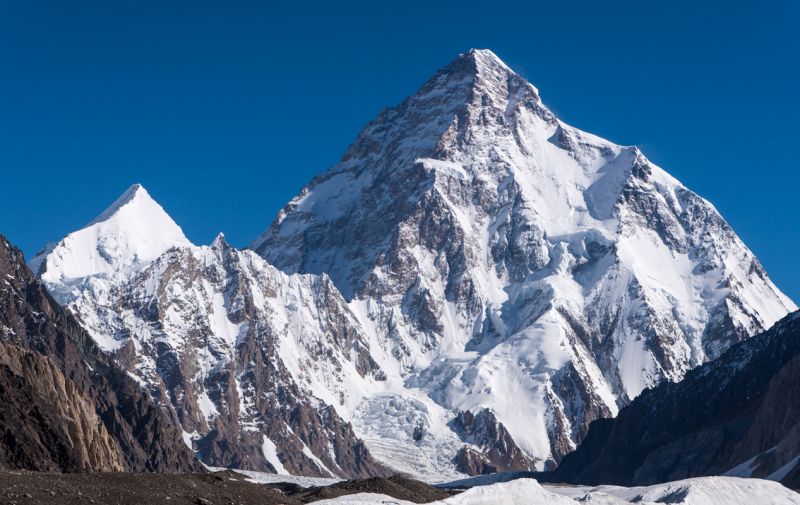 K2, or Chogori is the second summit of the world. It is located in the Karakoram, on the border of Pakistan and China, but from the side of the latter it is virtually inaccessible. It is known as the most difficult eight-thousander. There are no easy ways to climb, usually bad and very cold weather. For a long time it was the most lethal peak, but even now the mortality rate is about 19%. More details in the article: the most deadly peaks in the world. 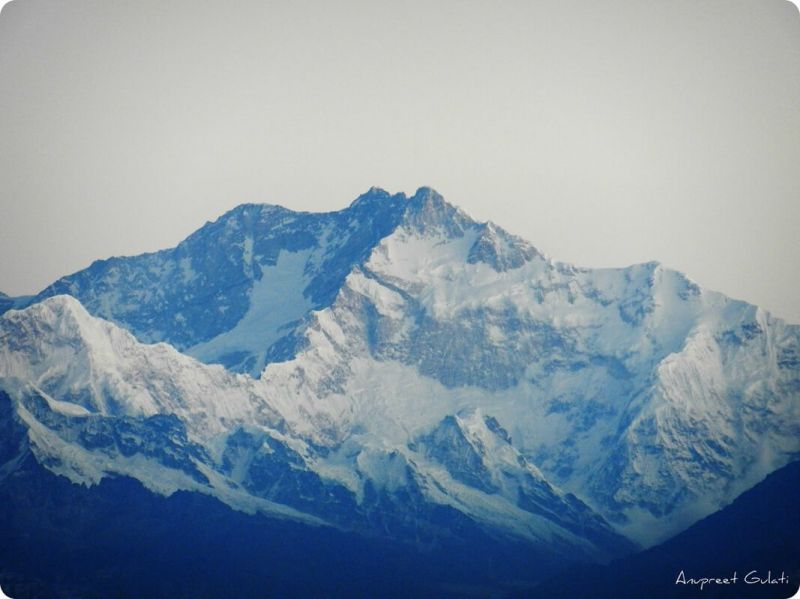 Kanchenjunga is located in the Sikkim Himalayas, on the border of Nepal and India in a remote, wild and inaccessible region. It has several secondary peaks above 8,000. There is a belief that it is a female mountain that keeps out and kills all women who try to climb it. Indeed, the first successful female ascent was not made until 1998.

It is located in the Himalayas, on the border of Nepal and China. The classic route runs from Nepal and up to the fourth camp coincides with the route of the ascent of Everest. Has two other summits above 8,000 m, Lhotse Shar (8,383 m) and Lhotse Middle (8,413 m). 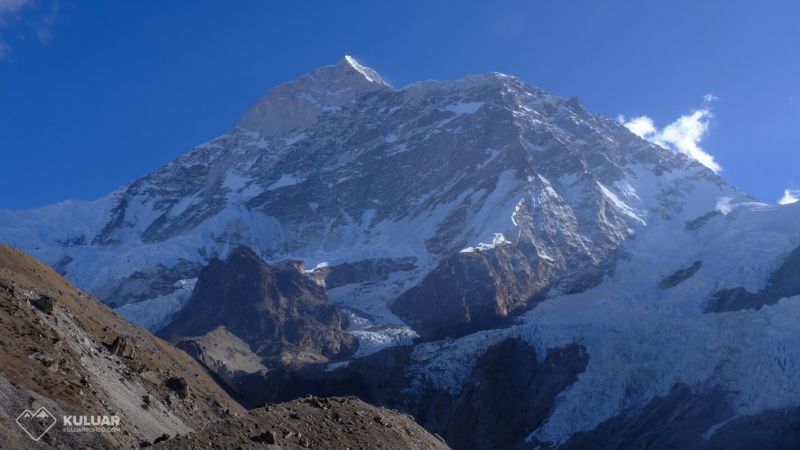 Located in the Himalayas, on the border of Nepal and China. The classic route comes from Nepal. The summit opens in all its glory from the lower Base Camp and is called "Black Giant". According to the standard route it is relatively safe eight-thousanders, because there is minimal risk of avalanches, rockfalls, there is no active icefall and cracks. At the same time, even the classic ascent route is very difficult and exhausting physically and requires certain technical skills. The mortality rate is about 9%. I didn't manage to reach the summit of Makalu; in spite of good weather and poor health I had to turn around at 8230m. Watch the video from the expedition. 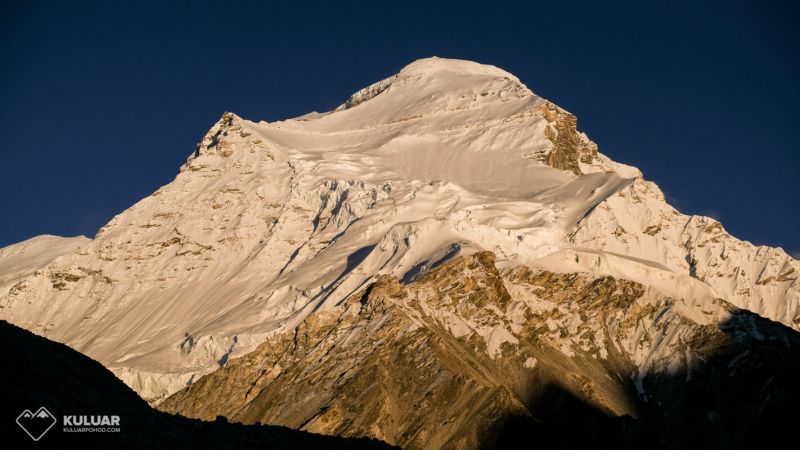 Located in the Himalayas, on the border of Nepal and China (Tibet). The classic route from China is one of the easiest to climb the first 8000. There are no cracks, rockfalls, little chance of avalanches and low technical difficulty. But on the Chinese side, climbing without Sherpas is forbidden and the permit is very expensive, making the ascent of Cho Oyu an order of magnitude more expensive than the Nepalese 8,000ers. On September 24, 2019, I was on top of Cho Oyu, see my video series from that expedition. 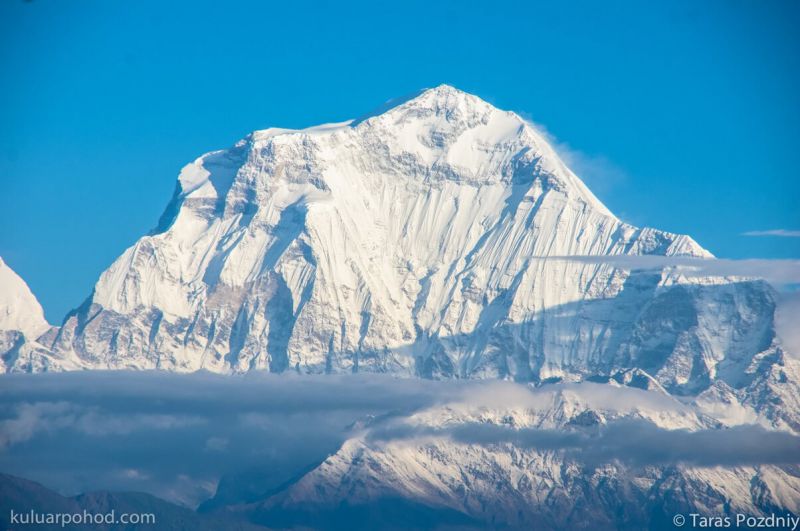 Located in the Himalayas, entirely in Nepal. One of the most beautiful profiles and the most difficult classic routes. The mortality rate is 15.6%. 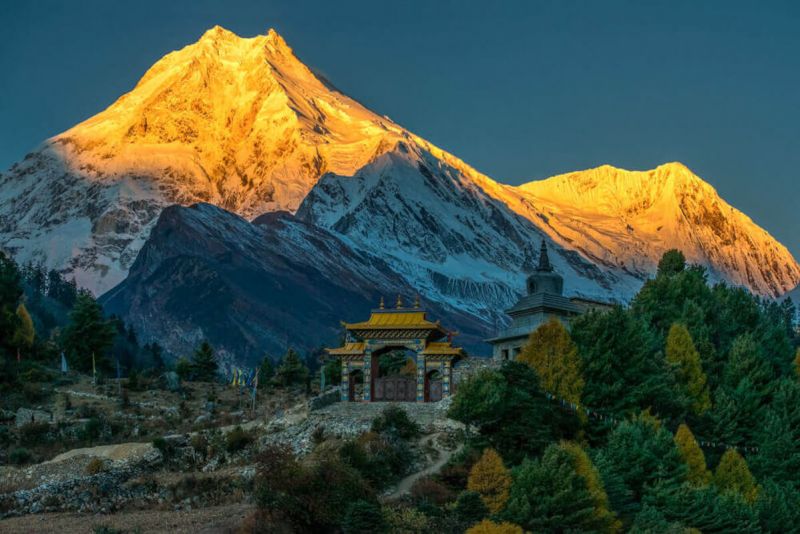 Located in the Himalayas, entirely in Nepal. Spirit Mountain, in my opinion, is the best option for the first 8,000. Technically it is a bit more difficult than Cho Oyu, but much cheaper. The most difficult part is between the first and second campsite, there are several cracks and stairs. The main danger on the mountain is avalanches. Manaslu is my first eight-thousand-meter peak, which I climbed on September 26, 2017, without using oxygen or sherpas. 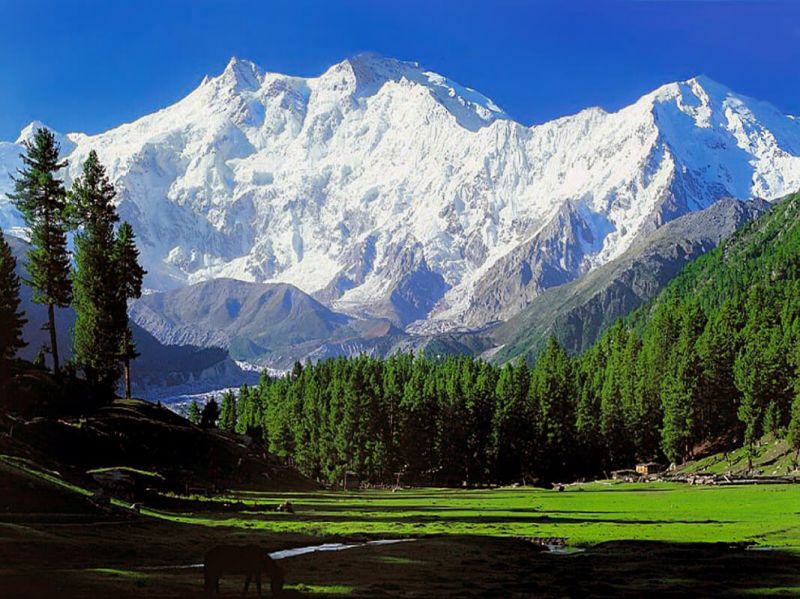 Located in the Kashmir Himalayas, entirely in Pakistan. One of the most difficult and dangerous eight-thousanders, with a mortality rate of 21%. The most beautiful base camp, which is located on the green, in the Diamir Valley. Very big wall drop from base camp to the summit. 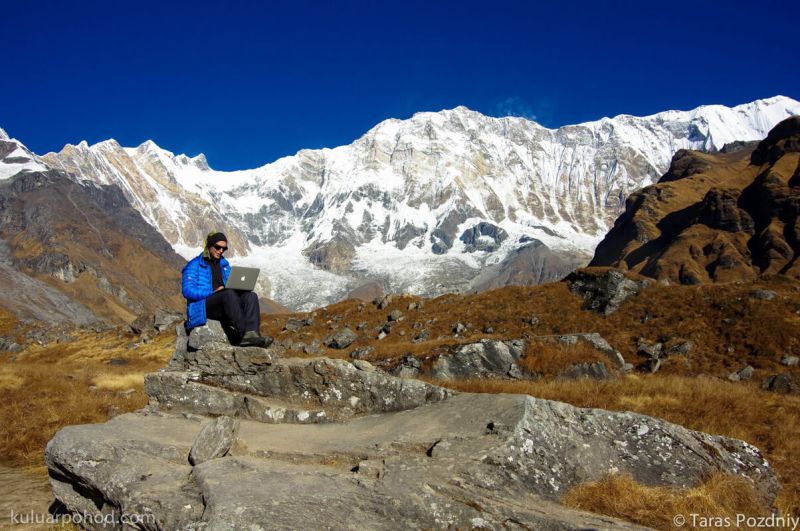 It is located in the Himalayas, entirely in Nepal. Annapurna is both the first eight-thousandth peak to be climbed by man and at the same time the most dangerous peak with the lowest number of successful climbs to date. The mortality rate is 26.7% and only 266 people have been to the summit. The main danger is avalanches, and people often come to Annapurna already acclimatized to reduce the number of treks up and down the mountain to a minimum. 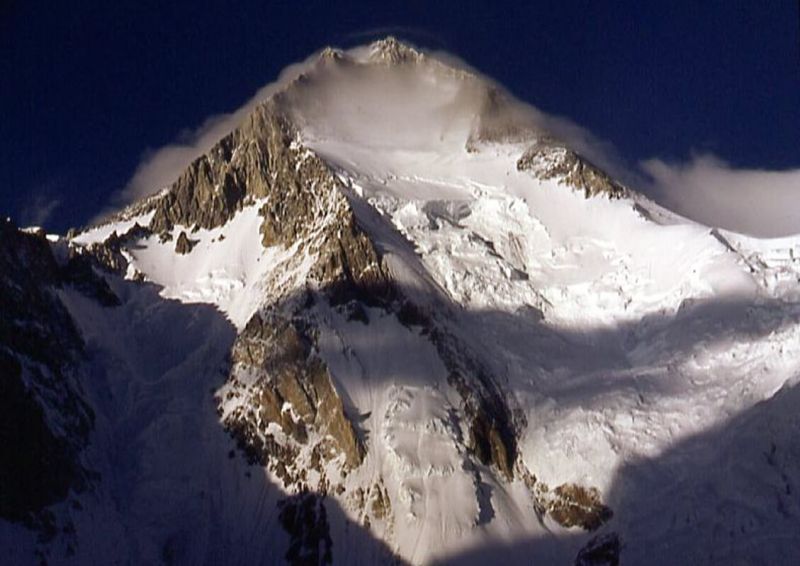 It is located in the Karakoram, on the border of Pakistan and China. The classic route is from Pakistan. The difficult and exhausting trek across the glacier from the base camp adds to the complexity of an already difficult summit. 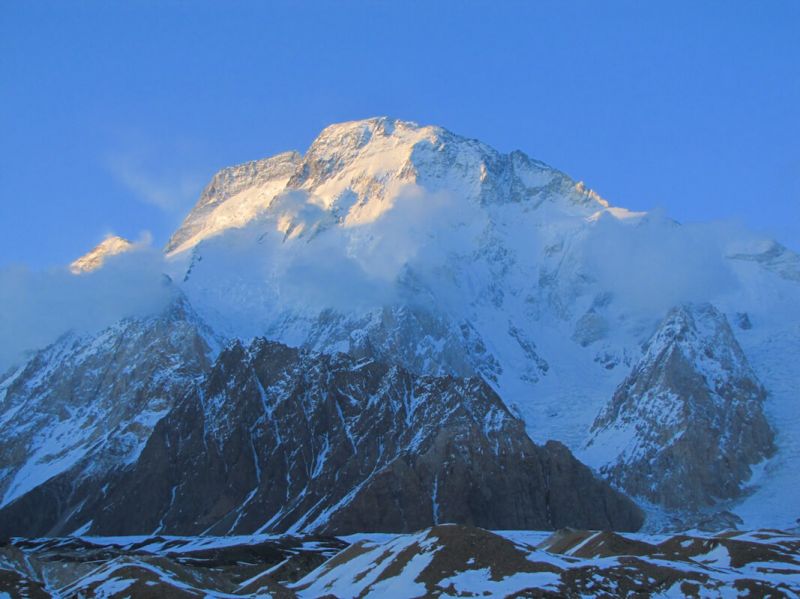 It is located in the Karakoram, on the border of Pakistan and China. The classic route is from Pakistan. Relatively uncomplicated and safe summit for climbing, is in close proximity to K2. Many climbers use Broad Peak for acclimatization during an expedition to K2. 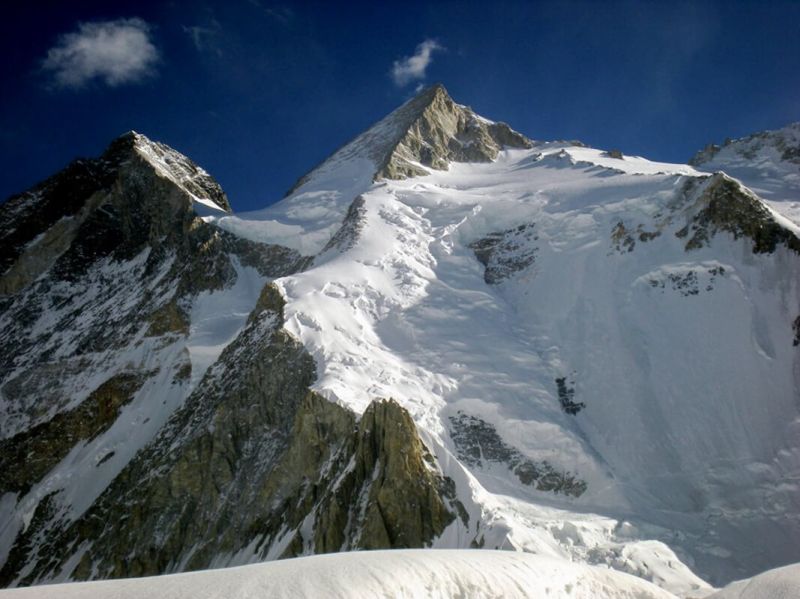 It is located in the Karakoram, on the border of Pakistan and China. The classic route is from Pakistan. One of the easiest in technical terms and safe eight-thousanders. The main difficulty is crossing the glacier between the base camp and the first camp. Due to the presence of the glacier and less developed infrastructure Pakistan is less popular than Manaslu and Cho Oyu. 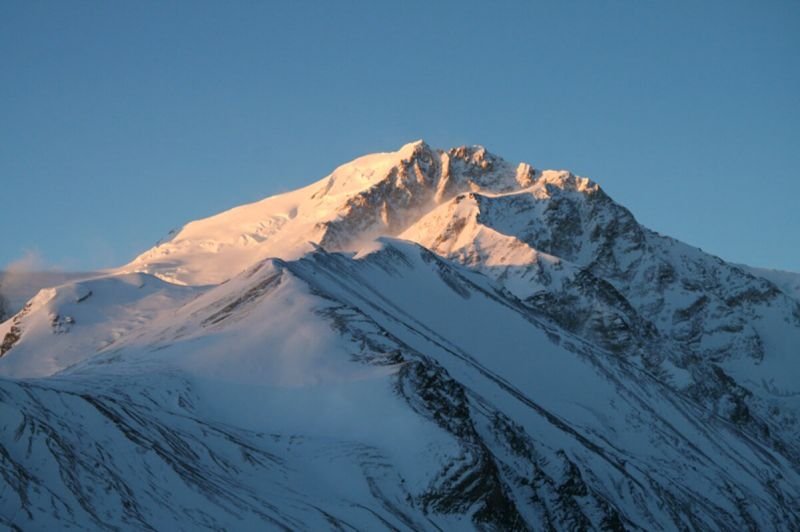 It is located in the Himalayas, entirely in China. The lowest eight-thousandth peak with a simple classic route. But there's a problem. The classic route takes us to the summit of Shishapangma Central, at 8,008 m. Then there is a dangerous and difficult traverse to the main summit (8027m), which goes to offset the program 14h8000. This makes reaching the main summit along the classic route almost impossible, so in recent years expeditions along the steep south face have been conducted more and more often.

✅ Virtually every eight-thousand peak has books written about it, and you can choose and buy them in our mountain gift store.

Above we spoke only about the main peaks above 8000 meters. But there are many more minor peaks, here is a list of them, sorted by importance:

In total we have 21 more peaks above 8,000 meters, many of which have not yet been set foot on. All in all it makes 35 eight-thousanders, if we take into account the secondary peaks.

I used to consider the 8000m peaks as something unreal and out of the ordinary, akin to a flight into space. But it turned out that they are the same mountains, only bigger. Yes, it is hard to climb 8,000, but it is real. So dream, train and gain experience, collect money and see you in the mountains!