Since ancient times, Norway was considered the home of the legendary trolls. With the arrival of the Normans, trolls had a hard time and most of the indigenous mythical creatures simply turned into stone. But the stubborn northern beauty is famous not only for its mythology. In Norway, you can truly feel the unity with nature. Here dominate the proud fjords and impressive glaciers, wild rivers and noisy waterfalls, sullen mountains and cheerful forests. Norway abounds with mysterious trails and deserted paths, and its numerous parks are home to many wild animals. The country's territory is perfect for a variety of hiking and trekking. The riverbanks contrast sharply with the mountain ranges, and the rugged fjords leave no one indifferent.

Well, are you ready to let the true fairy tale of the north into your heart? Then come with us – wander the troll trails in hiking tours (treks) in Norway!

Features of the country

Norway is located in the north of Europe and the climate here, frankly, is not the best. Such a hike is a challenge not only for you, but also for your equipment. Therefore, choose only high-quality equipment. The best time to visit Norway is the end of June, July and August. In these months, the weather is the warmest and most stable. Guess at what dates we put our hikes? But no matter how hard we try to predict, the weather is very difficult, so you must be prepared for rain and cold. And during the climbing of Galhepiggen, even snow is possible. That's exactly what happened in 2014. In 2015, there was much more snow. All this only adds spice to the experience and makes it even more sincere to enjoy the stingy northern sun.

In addition to not having the most pleasant climate, you need to be ready for very high prices. Norway is considered the most expensive country in Europe. For example, travel in public transport in Oslo and Bergen is about 10 dollars, bread – to 8, a beer – from 5 to 20, a cup of coffee – $4.

Prices and weather are two surprises to get ready for at home. Otherwise, Norway will impress you only in the best way.

HIKING IN NORWAY – THE BEST ROUTES

HIKING IN NORWAY WITH KULUAR – THE RESULTS OF 2019 IN NUMBERS

WHY YOU SHOULD COME TO NORWAY WITH US

Hiking is the most budget-friendly travel option in Norway

Hiking is undoubtedly not only unique, but also the cheapest travel option to Norway. After all, we don't have to pay for a rental car, expensive lodging, and even more expensive food. Most of the food is purchased at home, and on a hike we cook it ourselves on a gas burner. And it's hard to spend money away from civilization.

Watch a short video by me (Taras Pozdnii) on the Kuluar Club hikes in Norway and Iceland in 2015. It only takes two minutes, but you can see what to expect on a trip like this. If the video below doesn't play, follow this link.

When is the best time to hike in Norway

Summers in the north are harsh and short. Our goal is to get to the window of relatively good and warm weather. We focus on it (a window of good weather), making a schedule of tours in Norway. Despite our best efforts, we can certainly guarantee the presence of rain, strong wind, fog and cold. That's what the North is like. This has its own unique zest. The feeling when after a long rainy day you roll into the hut and realize that you don't have to put up your tent is inexpressible. And when the next morning the sun shines – the mood is just off the scale. Now we will briefly try to divide the features of trekking in Norway by months.

Trekking in Norway in June

End of June is the very beginning for trekking in the Norwegian mountains, the snow is still often found on our way, but it has melted thoroughly, and the weather has warmed up a little. There is considerably less precipitation. It is from the end of June that we start hiking. In June, the nights will be white – which will also add its charm to our adventure. The average temperature in the mountains is +3 ... +10ºC. It's warmer down there:) 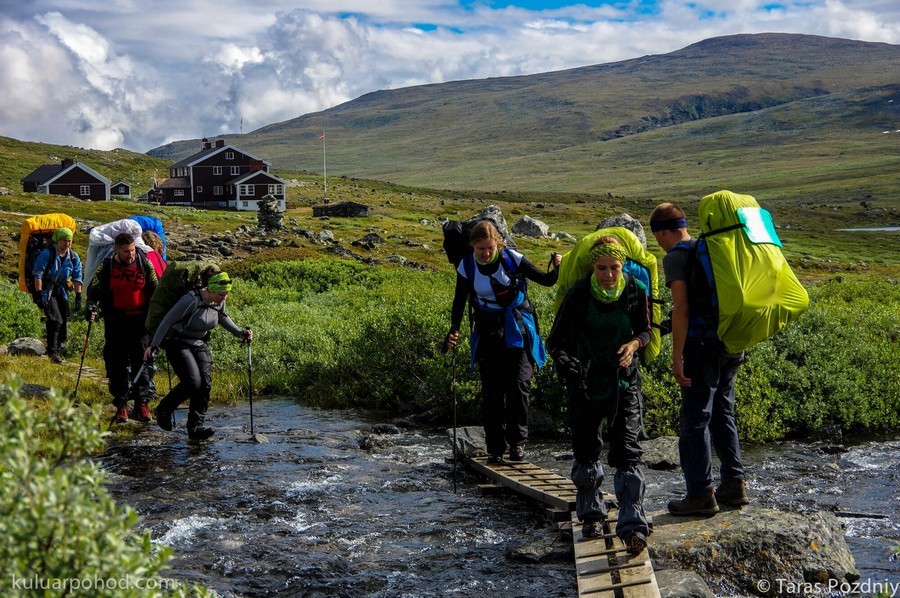 Hiking in Norway in July

July is the best and most popular month to go to Norway. It is in July the most stable and warm weather. By the middle of the month, the nights are gradually turning gray, and in the second half of the month you won't catch any white nights. If you are free to choose your dates, we recommend choosing something from our July hikes. The average temperature in the mountains is +5...+13ºC. It's warmer down there:)

Hiking in Norway in August

August is the month that closes the hiking season in Norway. The white nights are long gone, and the northern lights have yet to appear. Gradually it gets colder, but the weather is still stable. It is in August when we close our season in Norway, because in September the snow can already fall at the altitude, and many of the tourist shelters are closed. The average temperature in the mountains is +3 ... +12ºC. It is warmer down there:)

You have to understand that the division by month is very relative. Sometimes, as it was in 2015, the snow lies in the mountains all year and does not melt. We will have to walk on it a lot, and maybe there will be snow overnights. But it's fun with snow – in places where it's safe, you can ride off on your butt:) It's a lot of fun, and it lifts your spirits for a long time. Where else will you make a snowman and ride in the snow in the middle of summer?

Trip to Norway from Ukraine

Gathering of the group takes place directly in Norway, because our members get to the start point from different countries and cities. Basically, people from Ukraine (Kyiv, Kharkiv, Lviv) and Belarus (Minsk) come with us. 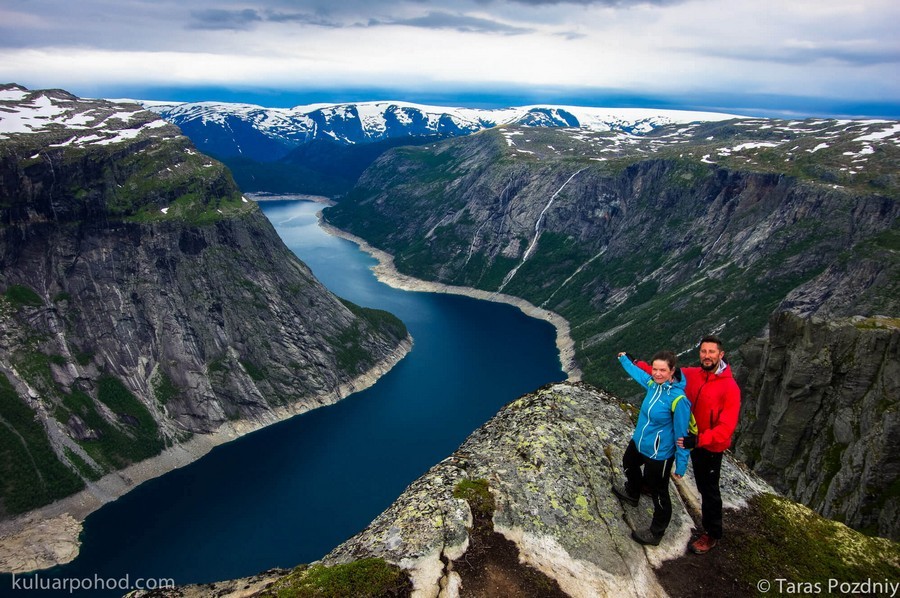 Open your heart to the north and come with us – to travel in Norway! 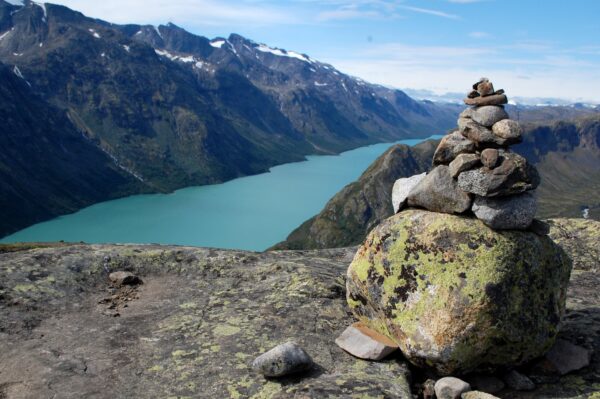 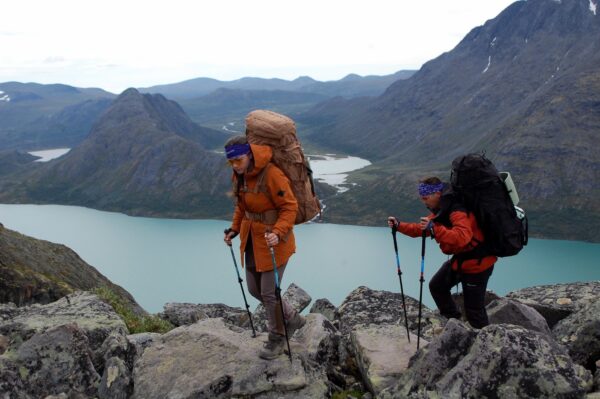 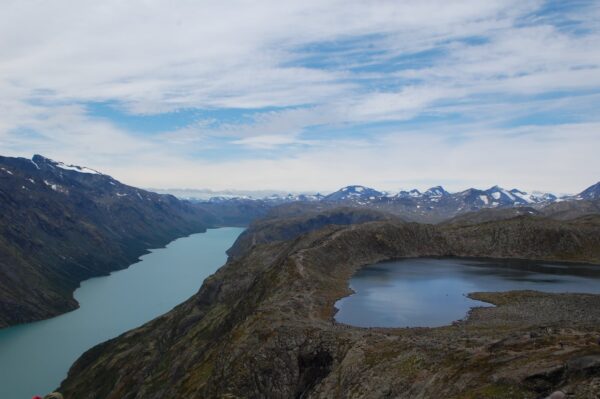 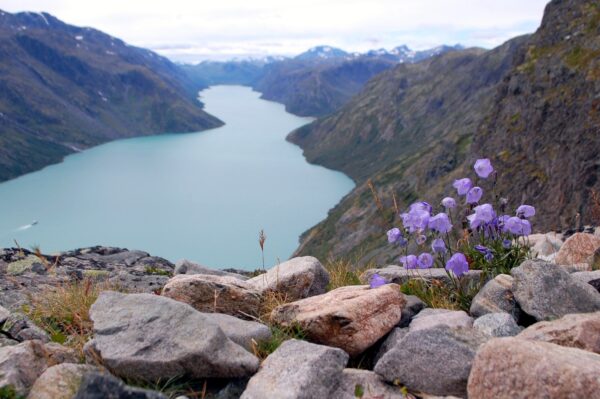 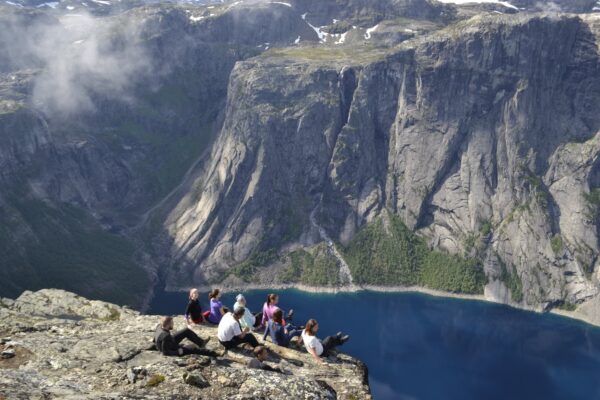 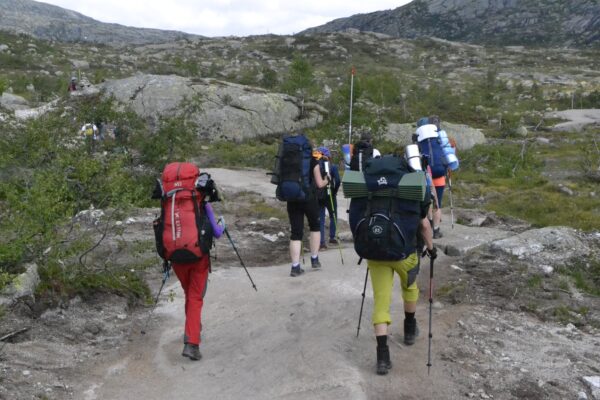 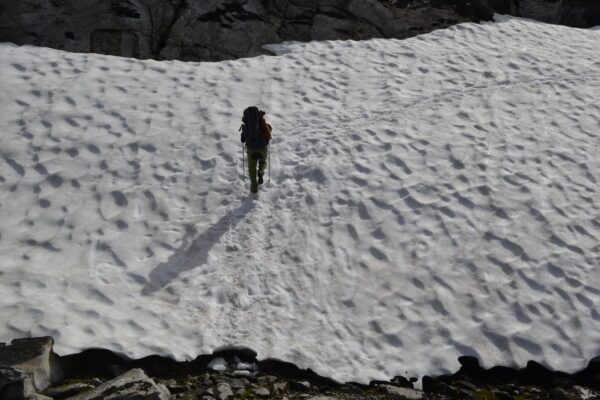 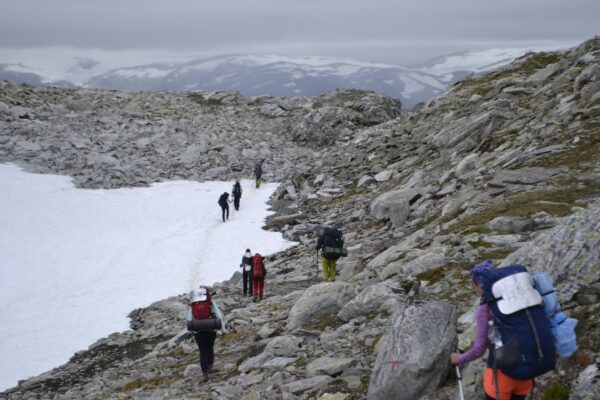 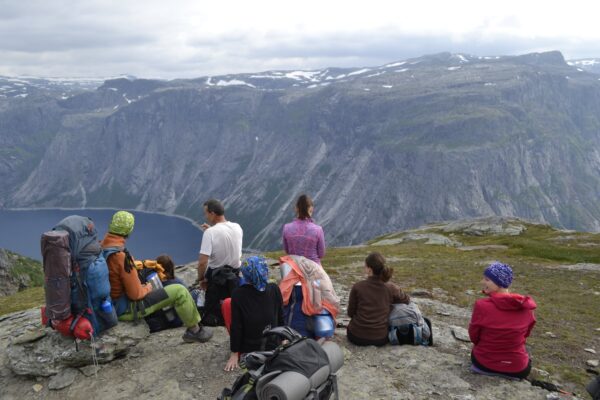 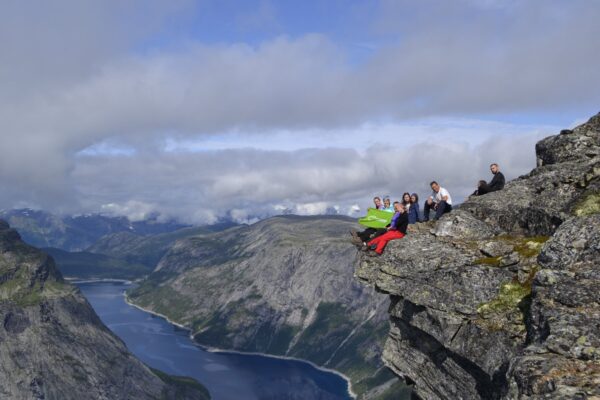 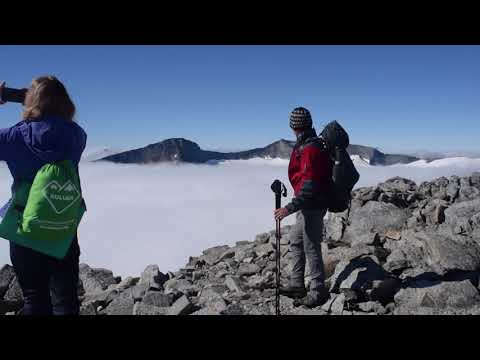 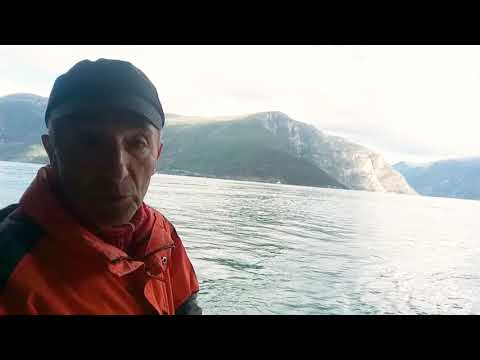 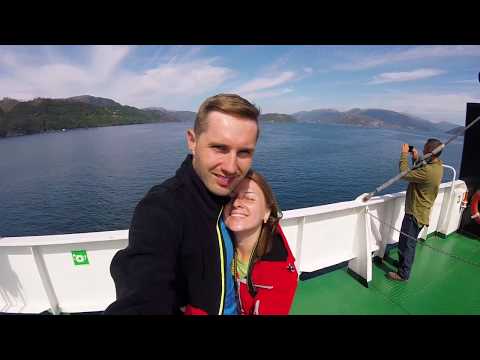 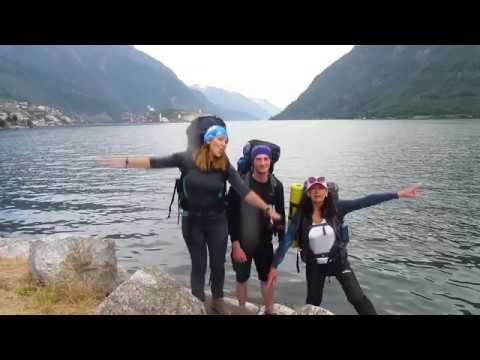 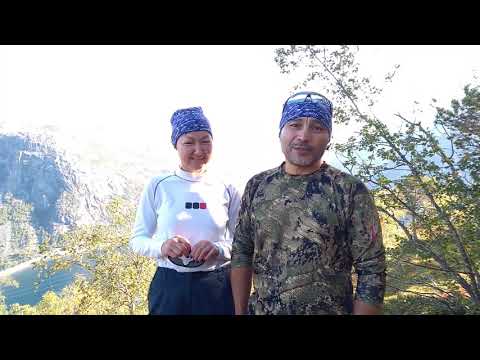 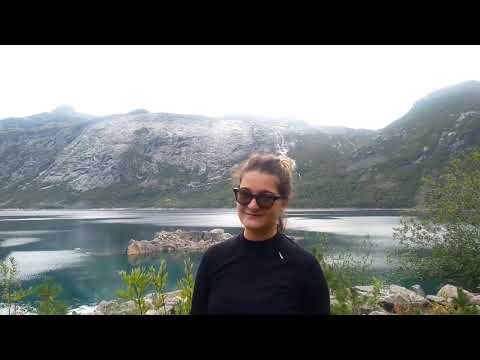 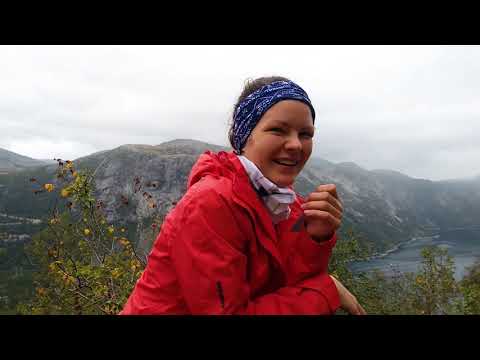 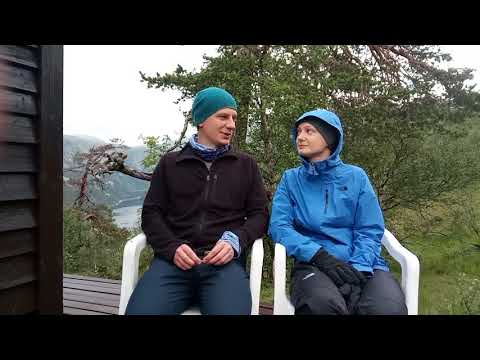 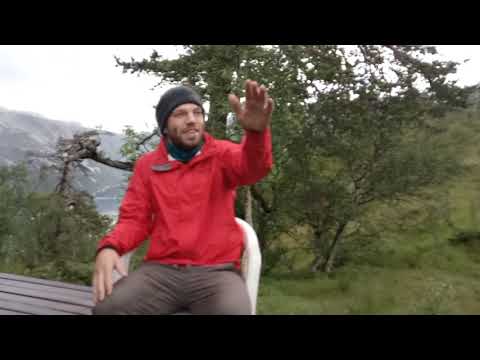