Probably the hardest thing I've ever had to do To be honest - I was fired up. First, it is not so important where to go, it is more important with whom you go; second, last year I had an unfinished ascent of Tetnuld due to weather conditions, and the desire to reach the goal of almost 5000 meters above sea level was as great as this altitude! This was my second attempt and it was not manly to back down.

After returning from a vacation in sunny Spain I had two weeks to decide on my work duties, to collect my gear and to get ready for the "challenge".

I did not have to do professional mountaineering, and therefore to pack a set of clothes and equipment perfectly according to the list or expensive (to buy everything at once. Things are specific, sometimes you have to use once a year), or will be something like this. Some of the things I have left from the previous year, something minor can be added, something to ask friends, if there are such.

TOTALLY. There are things that can still be used somewhere, and then there are purely mountaineering (and very expensive) things.

I purchased membrane pants (bad, but breathable, not windproof and waterproof), 4th degree blackout goggles, mountaineering boots (these are shoes after all, hygiene as it were), trekking (and warm) socks, bandana, snow flashlights, rain cape.

Some things were from other sports, ski jacket, pants, thermal underwear, fleece, gloves.

I took things like crampons, an ice-axe and a system from a friend who had them. Buying these things makes little sense if you go to the mountains once a year. The quality ones are expensive, and you won't be able to use them anywhere else but in the mountains. Plus they are your insurance and guarantee to return safe and sound. If you do not know them, for the first hike, feel free to rent (in case you do not like this idea).

We arrived at the place, each how and what he wanted, most importantly - by the appointed time. The town is beautiful and well-maintained, touristy. 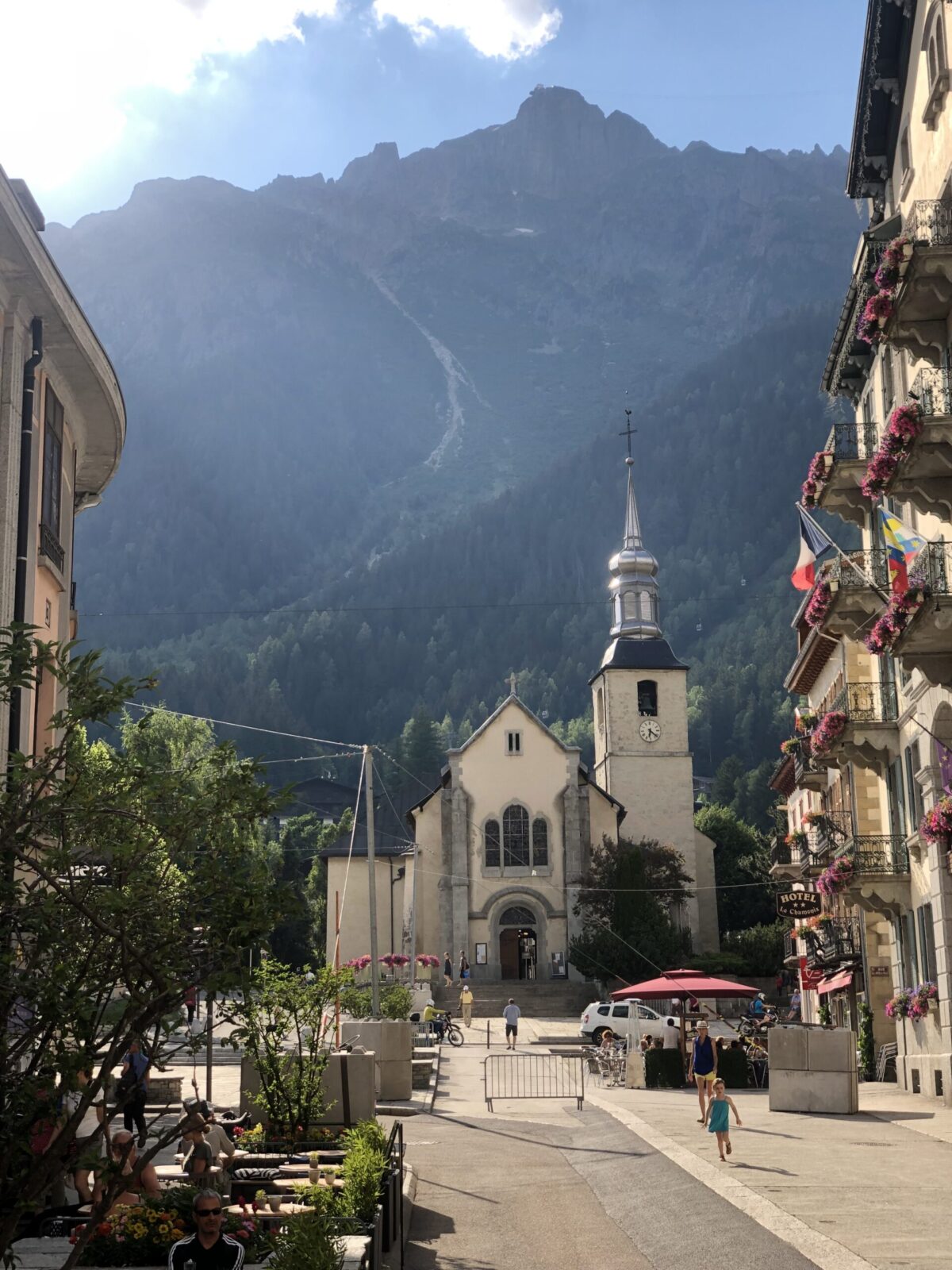 The first day was an acclimatization trip with overnight stay. I had to sweat, to remember what the load and altitude were. It was hard. But it was necessary, it was training. I'm not going to describe it in detail, I should only say that it was difficult when you're not used to it, of course. So if you don't have to climb mountains in your ordinary life - don't be surprised. All is well. It is necessary. Just keep walking.

Overnight stay in the hut at 2711 m. I'm not accentuating the inconveniences, there are no such things in the tent either, just you should understand that this is not a hotel with stars))

Places booked in advance guides, quite dense in number of people and poor cellular service. There is no hot water. It has a small store, you can buy something. The view from the window is just gorgeous. 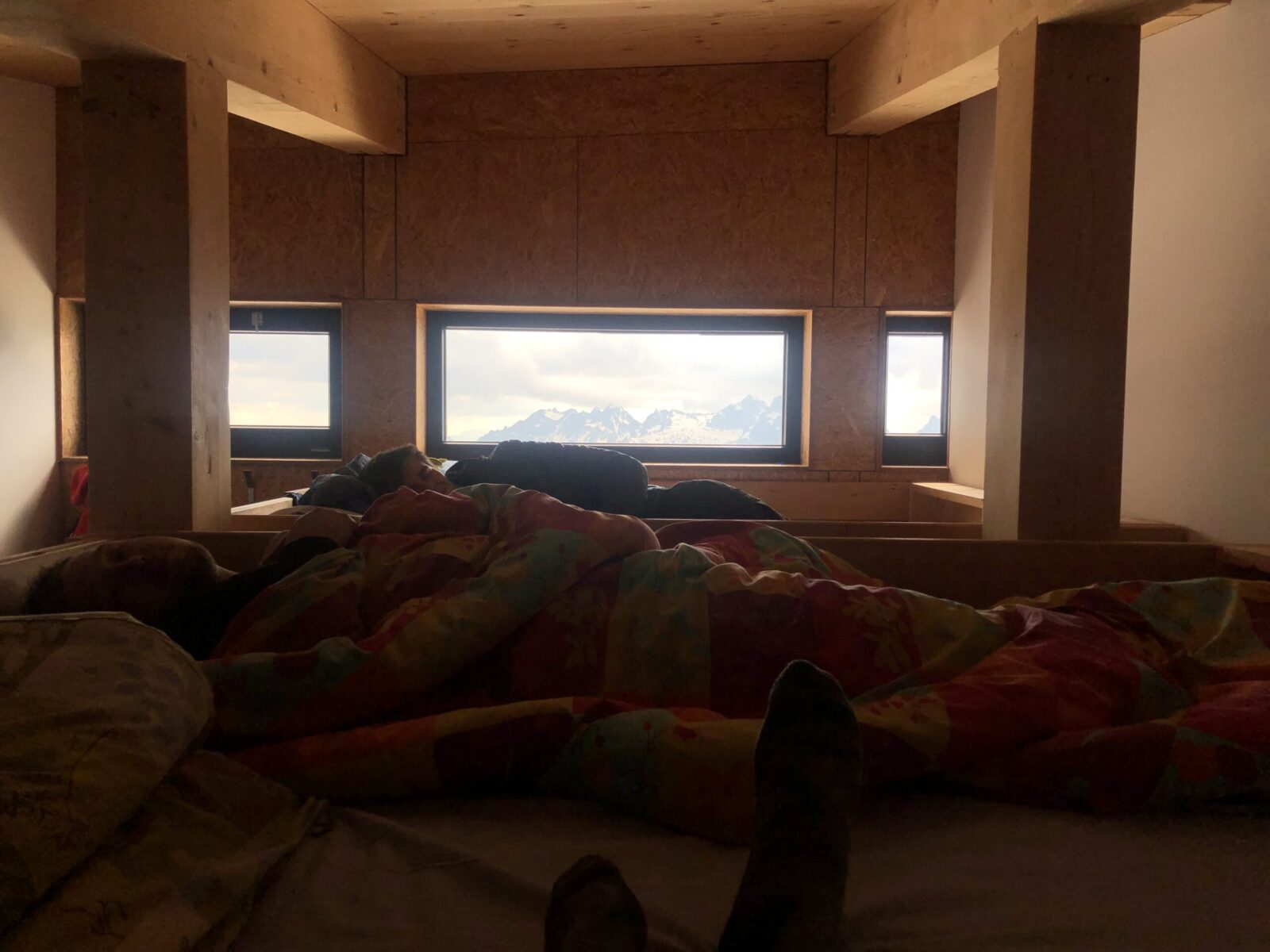 Early in the morning we went to Switzerland (we are near the border and during the trip we will visit three countries!), to the top of Petite Fourche 3512 m, on snow in crampons. We tried the altitude, worked on detentions in case of falls. Lunch, light descent and return to the hotel. A day of rest ahead. 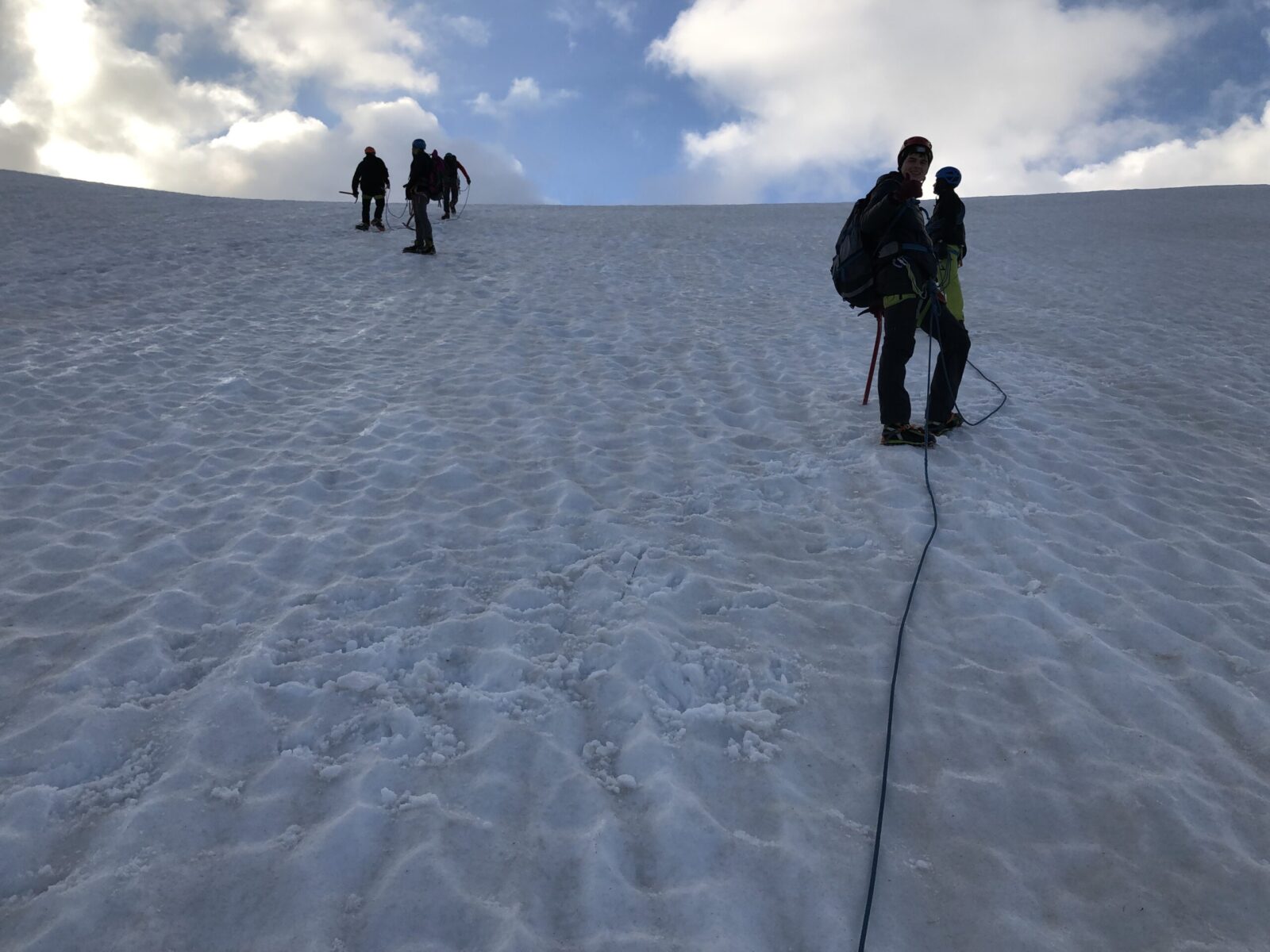 Realizing the plan for the ascent to the summit, I realize that this is my first hike in which I will not have to sleep in a tent, in a sleeping bag. Along the trails at accessible distances for crossings there are huts where people work, cook food and there are beds with blankets. It turned out unexpectedly, because the stereotype of tent overnighting was never in doubt and there was never a reason to revise it!) Europe, however. Probably, if you like comfort, there are maximum conditions for you. 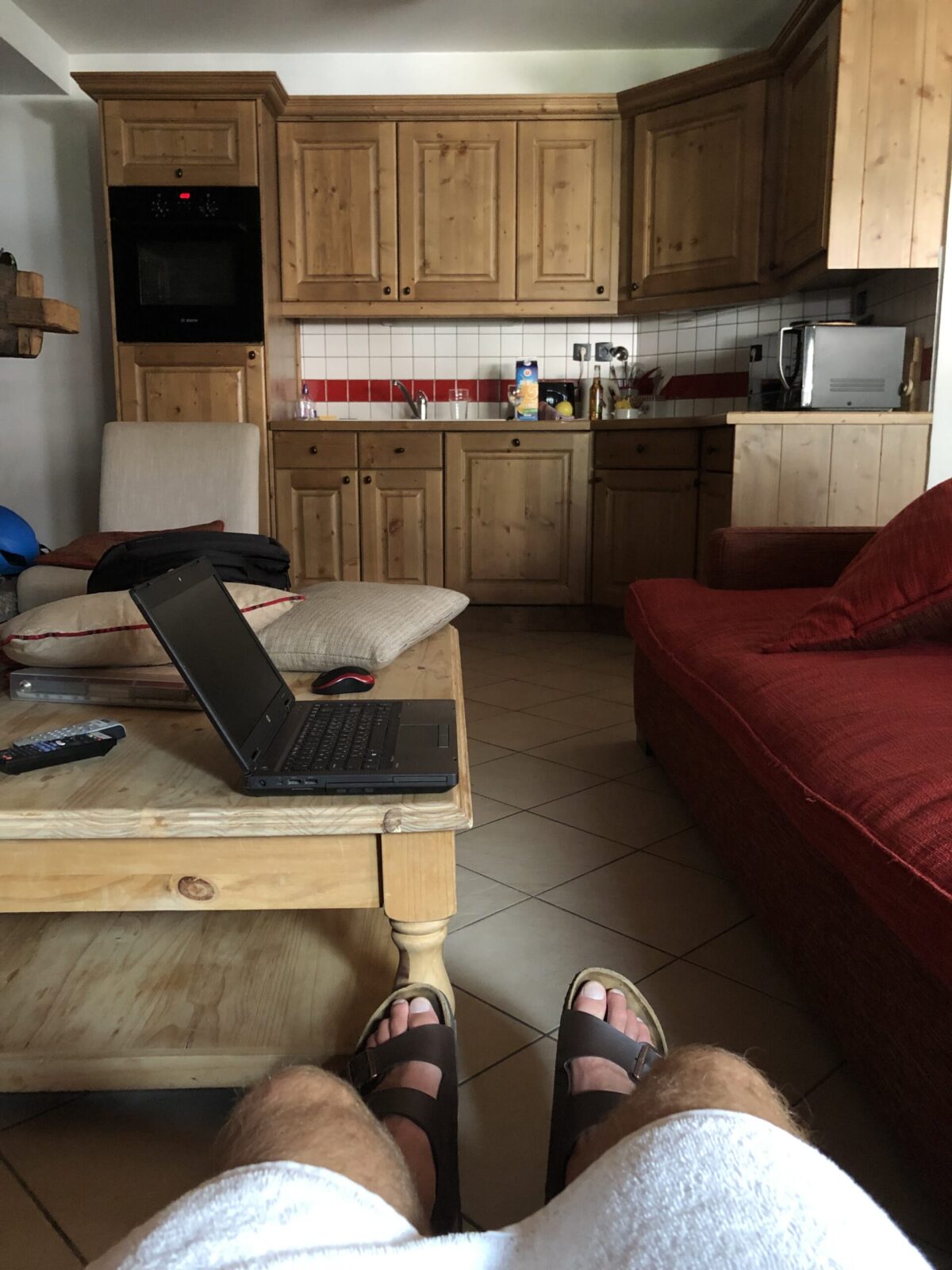 Day 1. In the morning we left by bus to Italy, because we were going the same route from the other side.

Rifugio Francesco Gonella - our plan for today, also our mountain hotel at the altitude of 3073 m.

A rocky approach with a transition to snow and a sharp ascent at the end on the rocks. There are cracks in the glacier, we had to avoid them.

The most difficult part was the looping ascent. It was not the most technically difficult, not vertical, but it was not easy either. Dangerous sections were equipped with ropes, so we could use self-strings.

At one point there were mountain goats right above us with rocks falling from under their hooves. This was the best pace we had shown that day, which diminished once we got out from under that "bombardment."

Now, sitting in a chair, one can humorously recall and describe the events. But the fact is that it really was difficult, we were very tired. At this altitude you can already feel the "mountain sickness", as it was with one of our group of 6, who remained in the camp as a consequence and did not go further the next day ...

Day 2. Breakfast starts early here, so early that it is impossible to imagine - 00:00 - it's not the bedtime, it's time to get up! There's a hard road ahead! You have to get out early to make it back early. As a rule, the weather starts to change closer to the afternoon, which can be dangerous.

5 people, 2 bundles, flashlights - and we move out. Between cracks, on ridges, up and up. There were easy sections, there were difficult sections, where nobody had a chance to stumble. On the right - sharply and downwards, on the left - sharply and also downwards, the road is the same. At about 4000m a headache began to bother me too. Every step was difficult. By sunrise we obviously could not reach the summit in time. The sun was beginning to warm up as by 7:00 a.m. we had reached the rescue hut at the final push to the summit. Tea, a snack, a short nap to replenish our strength. 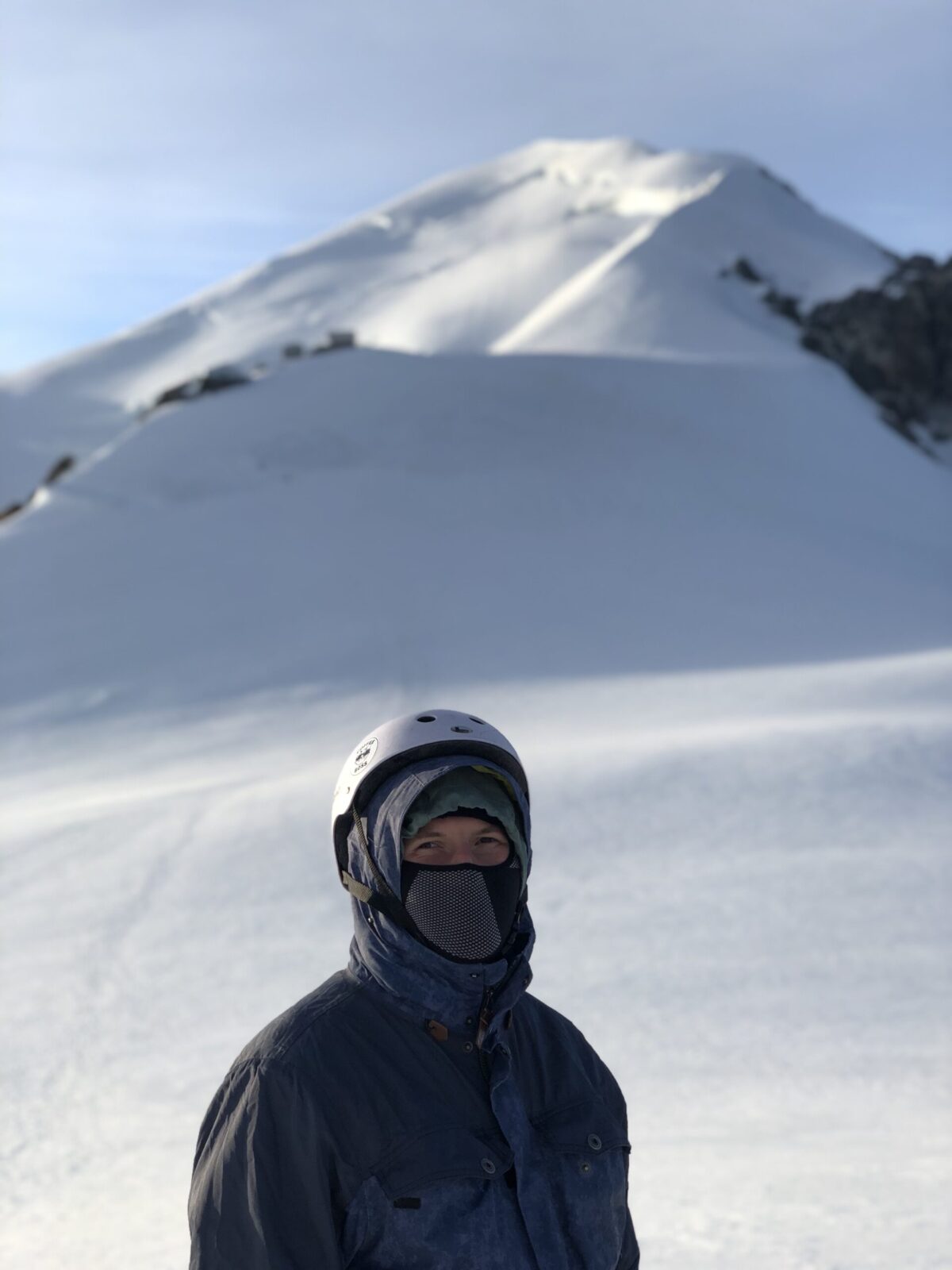 What happened for the next two hours, words cannot describe. Every step is an ordeal. The people walking toward you are like zombies, and they obviously feel no better than you do.

What did I have to endure in these two hours? Headaches, fever, nausea, muscle weakness, sleepiness, aversion to food, and shortness of breath, which only grew stronger as you gained altitude. The fear of death and the physical difficulty felt by the body against perseverance and fortitude. One more section, over there to that hill/turn, and there we rest - and so on and on. And so two hours! We were no longer shy to lie down in the snow, we were not shy to ask to wait for one of us to rest. We made it. 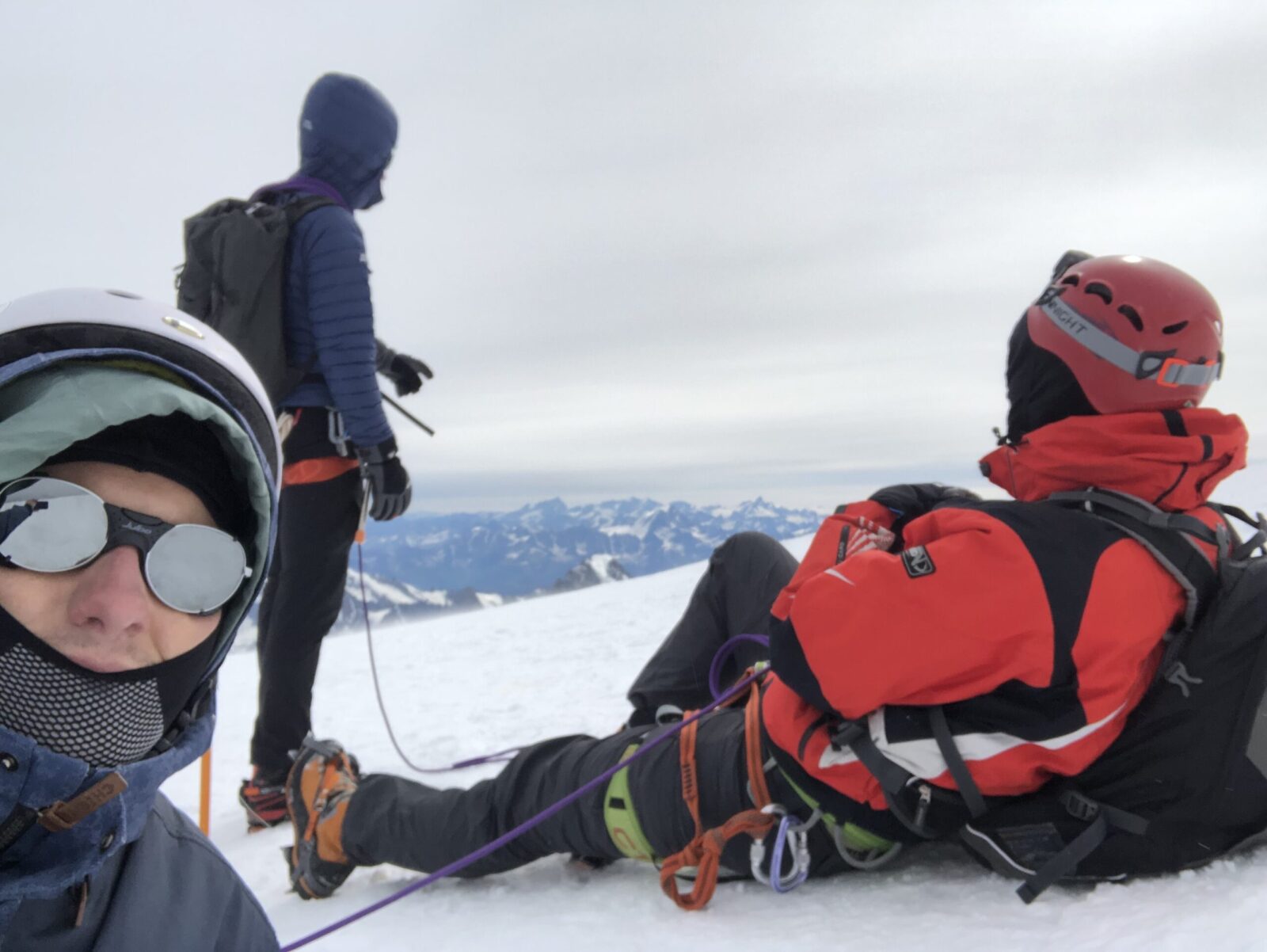 There was a strong wind, so no one stayed there for a long time, a few photos and then we went down. On the way back it was easier, but, by the way, more dangerous, so we were in no hurry to relax.

On the way back the snow had thawed, and the areas where we had so well held the crampons became dangerous. We had to use the ice chute as a safety rope and descend with it. By the end of the descent the snow had begun, and the joy that we had descended was enormous, despite the fact that the symptoms of "mountain sickness" were still present, and I went to bed. 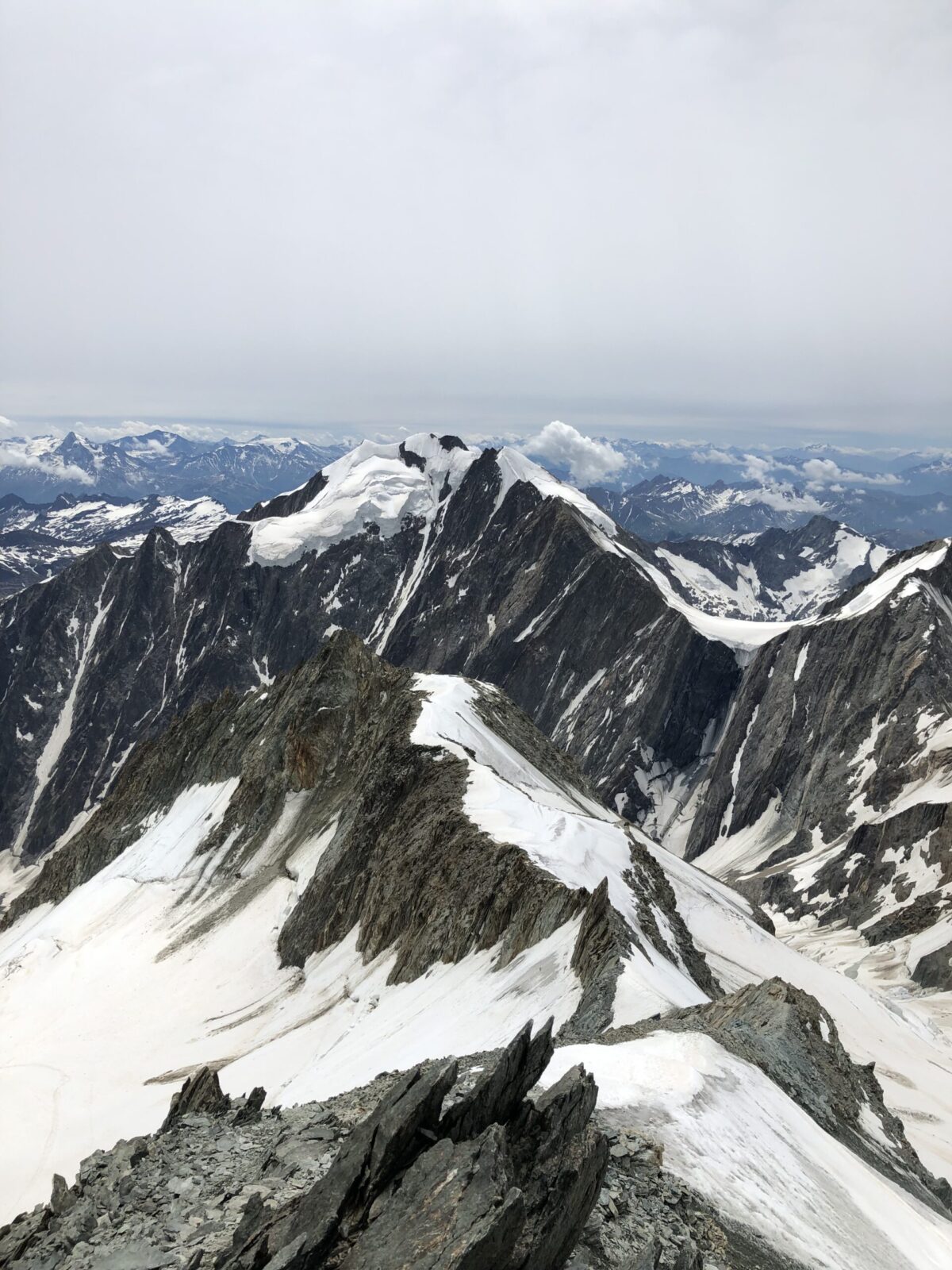 Day 3. In the morning the temperature was noticeably lower, and everyone in one voice was not going to go to the mountains in the near future. It was worth it to experience it. And I didn't regret going.

Down from the overnight at 3073m it was the same, only in reverse sequence.

Rock, snow, rocks, bus, only faster. In the evening we were already celebrating the climb at a Michelin restaurant in Chamonix. We did it!

This was my first hike organized by a commercial company. There comes a time in everyone's life when it is more profitable to delegate the organization of a hike to professionals. Having paid for the organization of it, I got the TIME, which is not spent gathering equipment, build the route and search for answers myself, and got the information I needed from the manager Marina, and SAFETY, because we went with a guide Nikita - who had been on the route, and knows what to expect, where to be especially careful. For which they are especially grateful! It's their hard work that benefits me and others.

Upcoming dates of the climbing Mont Blanc from Italy