First encounter with the Himalayas Trekking to Annapurna base camp - trek to Annapurna
Nepal
Author: Oleg Furmanov, 38, Vinnytsia
Teamleader: Taras Pozdnii
Overall rating
Teamleader rating
Manager rating
Like everything in my life, the idea of going to Nepal was born absolutely by chance, one might even say independent of me. Fate simply took me there, where it saw fit. It all began with the fact that I decided to lure my wife somewhere in the nature, in order to show her the true beauty of our planet. The choice was between the Carpathians and Nepal. But the correspondence with Taras helped me to choose. Guess what I chose?)

Kathmandu airport greeted me with the painfully familiar and pleasant smell of warm tropical countries, which is not to be confused with anything else. But there was no time to get distracted, we had to fill out the visas. Almost everyone had printed or saved recommendations from Kuluar on how to fill out a visa. Thus began the formation of the team. 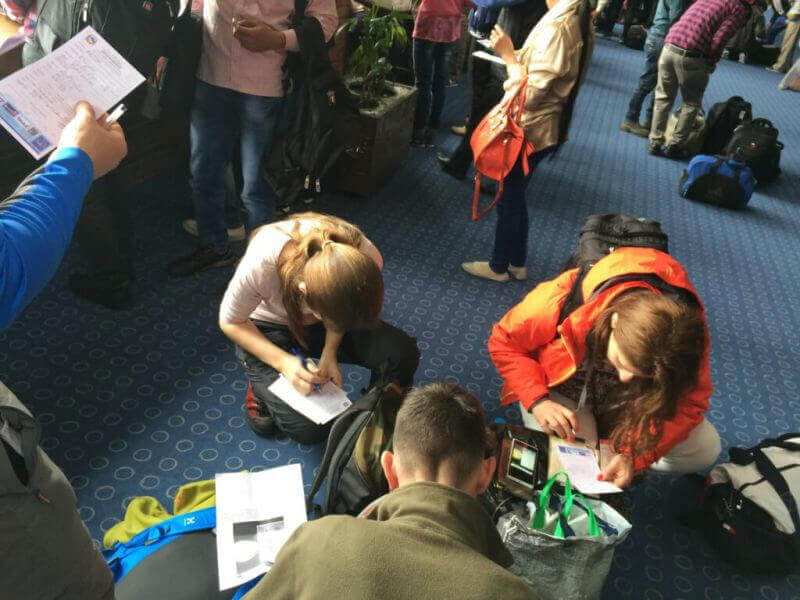 We were lucky: we arrived in Kathmandu on the morning flight and had almost a whole day to explore this noisy and unobtrusively friendly city. Taras met us at the airport himself. And? Despite the fact that it was the first time we had seen him in person, we immediately had the feeling that we were meeting an old friend whom we had simply not seen for a long time. That’s when I realized it was going to be a lot more interesting than I thought it would be. My wife and I have been to Eastern, Asian and East Asian countries before and we were prepared for the worst that could happen there. But were pleasantly surprised by the opposite. The food was delicious, people are friendly, the climate is wonderful, and the way Taras skillfully led us through the maze of Thamel, then leading us to the temple, then to the right store, then a cafe – just amazing.

My wife and I were lucky, we got under the action, and except for the usual gifts from the Couloir, received a wonderful T-shirts, which showed off!

Endless stairs, heavy backpack, rain, caught on the way, wet boots, which are already drying on you – of course, slightly strained. But how welcome were the stops along the way!!!

It’s hikes like this that clear the mind and allow you to enjoy the present. All the garbage is gone, you don’t think about the past or the future. You live in the present. There is no past, you can’t change it, you’re already on the trail and there are steps underneath you that you have to walk on. During the hike, I hated the steps 3 times and 3 times I wished they would start sooner) Such is the paradox. But at the same time my head was empty, there was no place in it for all kinds of unnecessary thoughts, there was only the trail and me. Whether it was rain, snow, scorching sun, everything was taken for granted and there was not even an attempt to be offended by nature. Everything was taken for granted, we could not change or change anything, we just had to accept it and move on. In my opinion, it’s a wonderful opportunity to bring something like this into real life. No matter what you say, the Himalayas do clear our minds and change us in some way for the better.

There are a lot of impressions, because we learned a lot from this walk:

How nice it is to sit by a warm fireplace after a hike and that things should be dried at every opportunity! 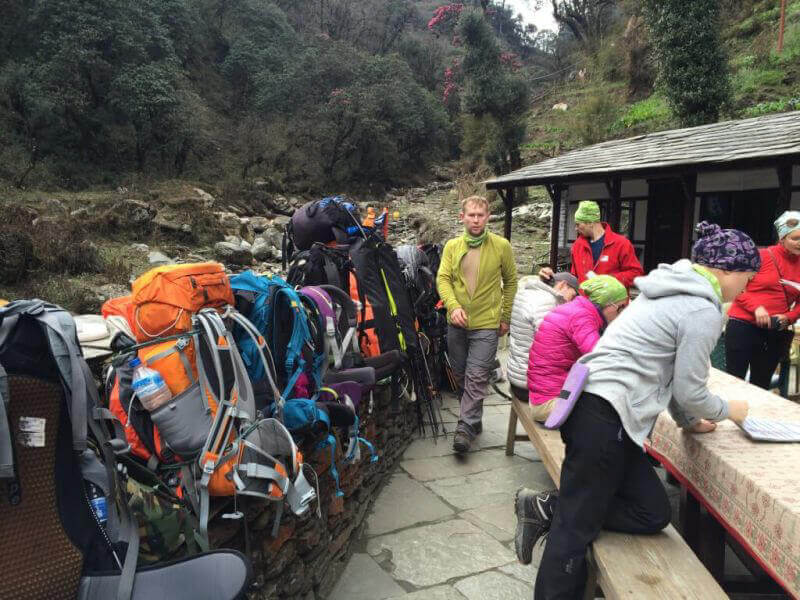 You should listen to the instructor, and that the sleeping bag while watching the sunrise – a thing indispensable! 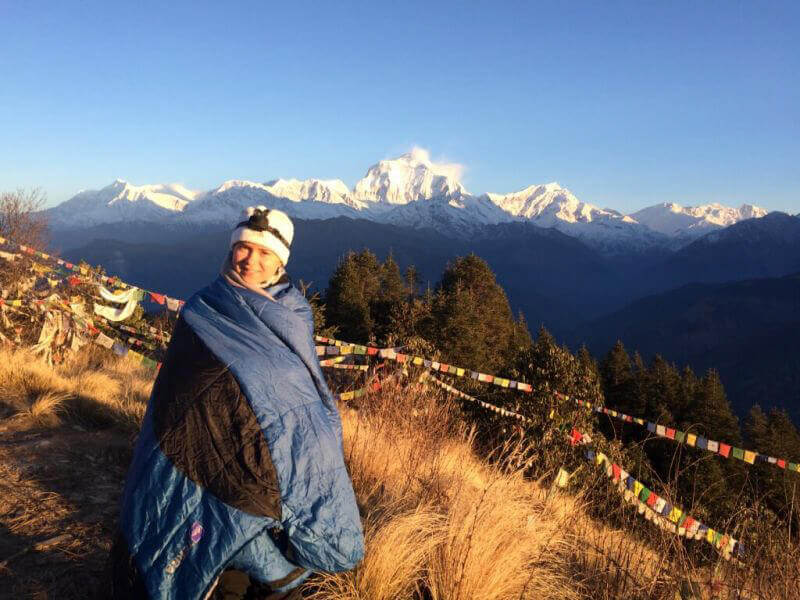 We learned firsthand that it’s easy to destroy a landmark, but it’s much harder to restore it! 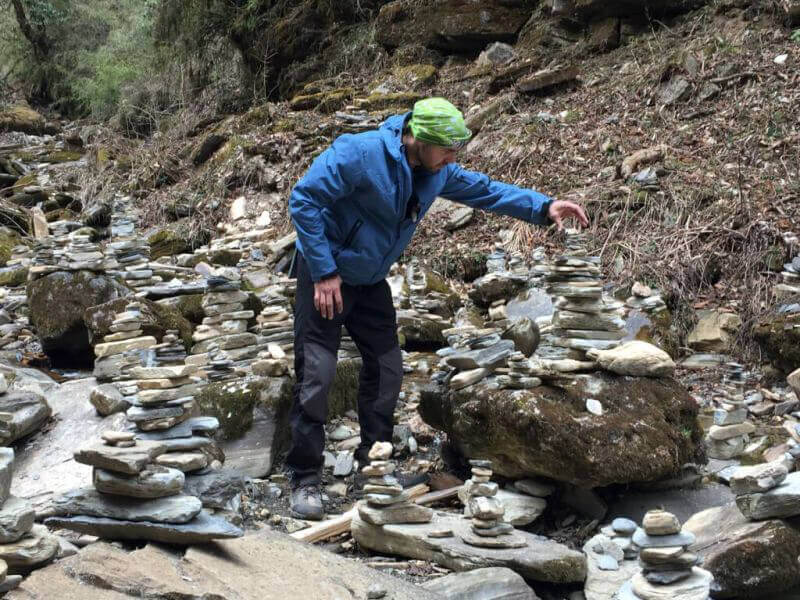 Once again we saw how difficult it is to get wi-fi in the mountains! 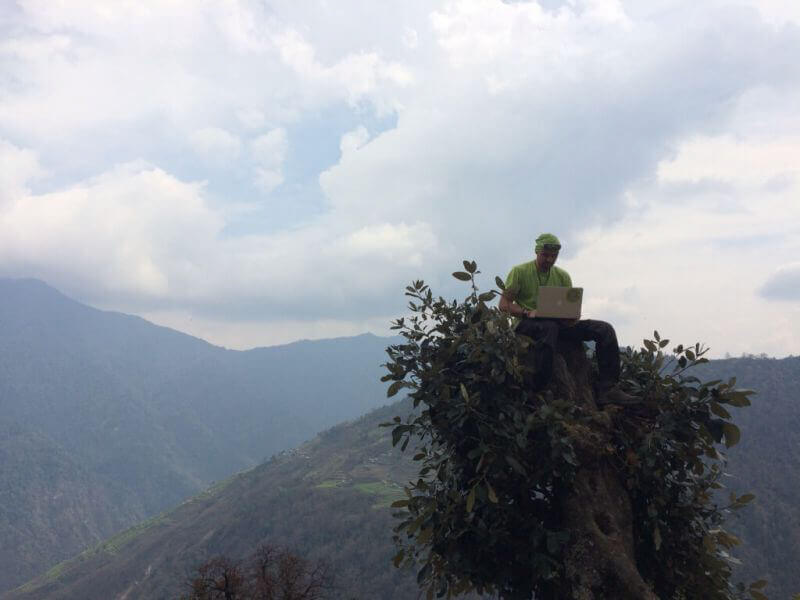 We took a sausage into the restricted area (for ethical reasons, no picture is posted)

We saw the “magic weed” growing 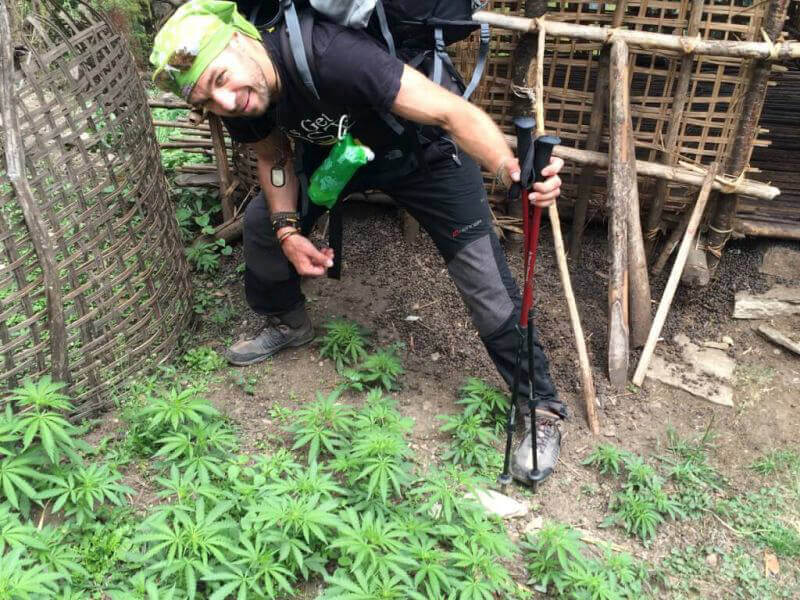 We saw the avalanche coming down and were the first to walk through it, of course after Taras! 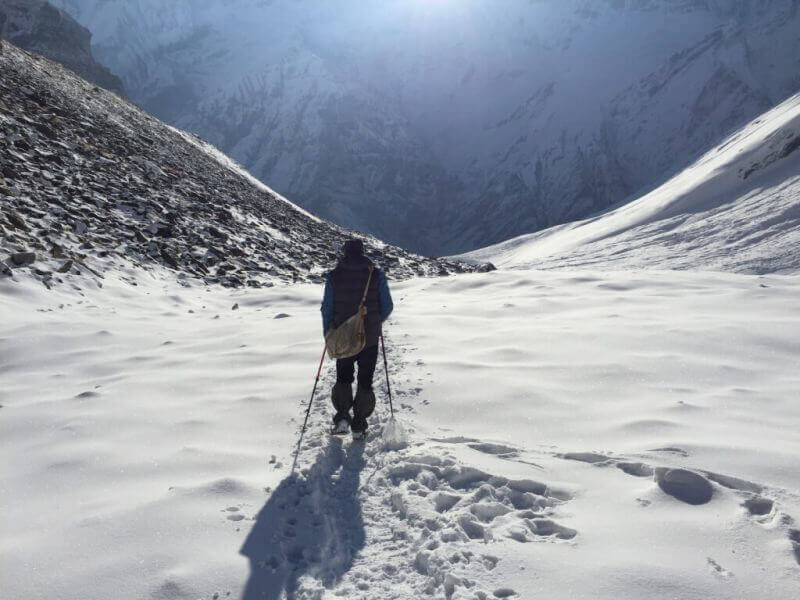 We played Frisbee at Annapurna Base Camp, which surprised the Chinese or Korean expedition 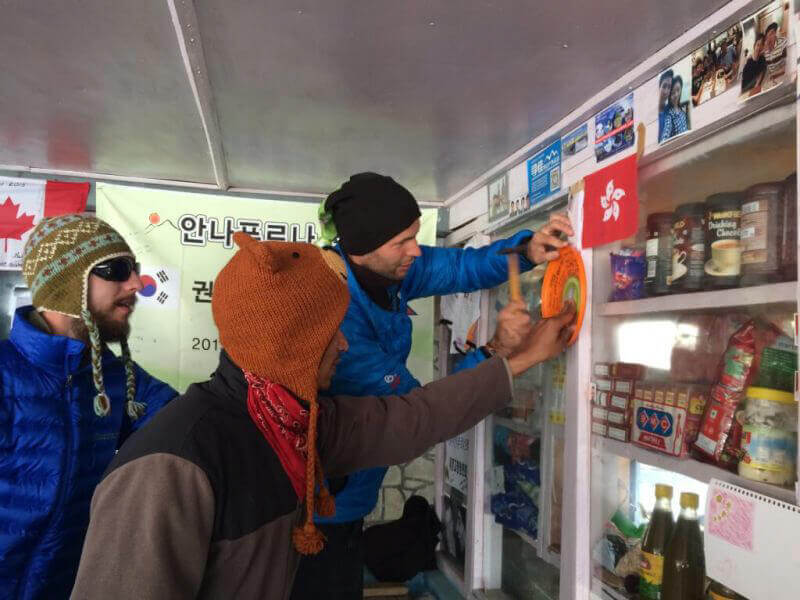 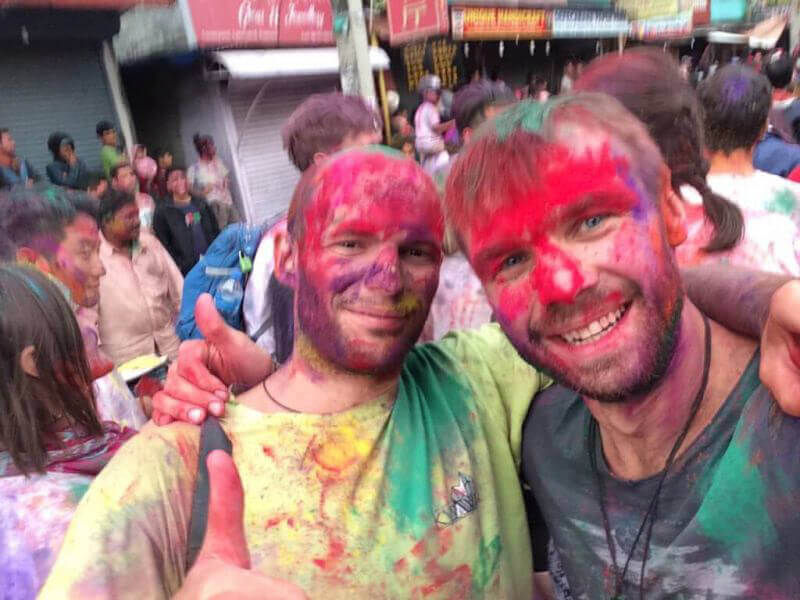 Tested their feelings in the wild and celebrated another “honeymoon” 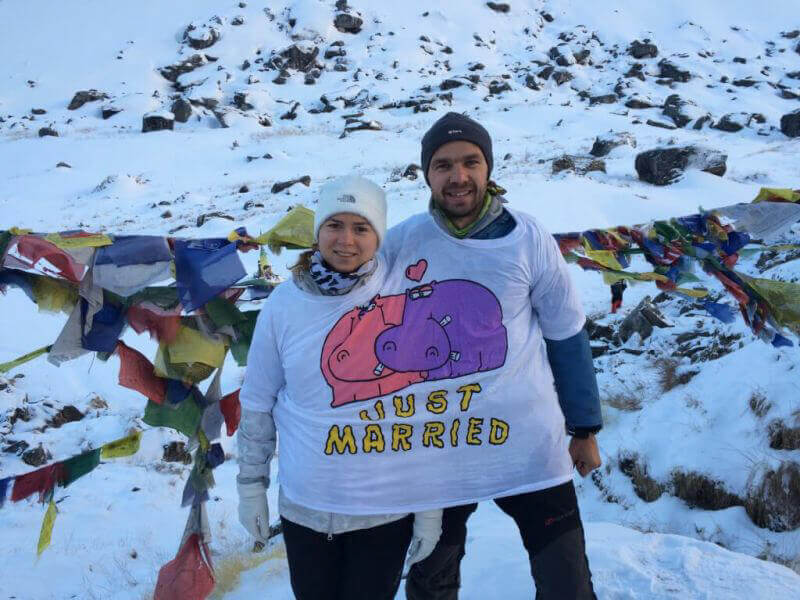 And also we walked around the sights of Kathmandu and Pokhara, went boating, made noise in the temples, teased the monkeys, saw and tasted the Rhododendron, played “uno”, some even managed to “conquer Everest” several times during the hike (come and try it – it is not so difficult, much more difficult then to return to the normal trail). We met wonderful and interesting people.

Thank you for a pleasant vacation!