Trekking to Annapurna base camp - trek to Annapurna
Nepal
Author: Olga Kunytska, 54 , Ukraine, Bila Tserkva
Teamleader: Taras Pozdnii
Overall rating
Teamleader rating
Manager rating
"Saving money for memories" - since my student years, these words of the Dagestani poet Rasul Gamzatov have fallen into my soul. And the name of the hiking club "Kuluar" evokes in me only associations with high, serious mountains (perhaps, because that was the name of our climbing section at the university).

After my daughter and son were born, the words “invest in your children” (in the sense of developing them, showing them the world) became one of the most important ones. So my husband and I tried to put this idea into practice as much as we could. And now the time has come when children show us the world. 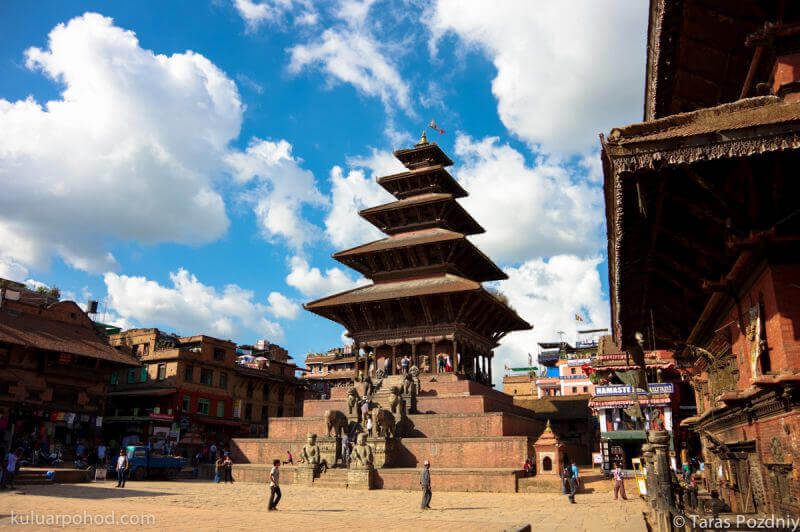 I have to admit that I dreamed of the Himalayas for a long time. At that time it seemed like a miracle, when Soviet climbers climbed Everest for the first time in 1982. We all felt proud of our countrymen and admired them. We even met them in Kiev, Ukraine, upon our arrival from Nepal. Later we reread almost all of their memoirs. But even at that time the Himalayas were beyond my imagination. And now, at the age of 54, I find it hard to believe, but my dream has come true! 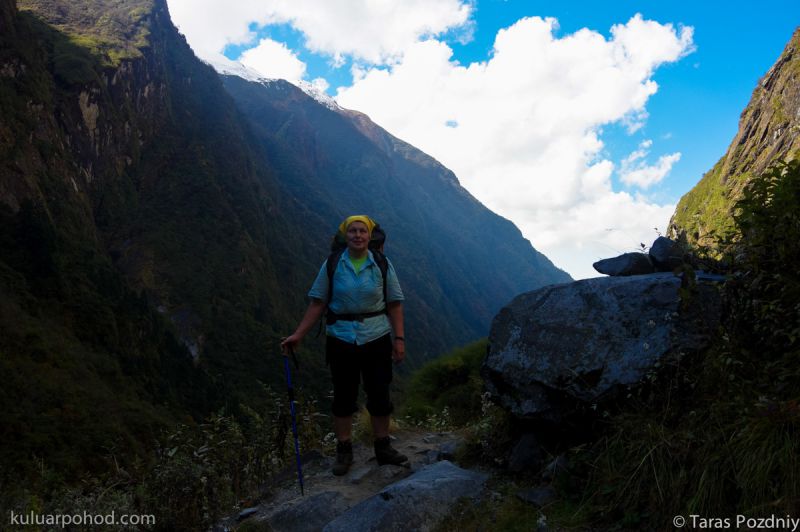 Of course, I had read a lot about Nepal before my trip. I had been interested in Hinduism and Buddhism for a long time, and when I was a student I even made my own maps of the Himalayan mountain systems. For some reason the most memorable thing was Messner’s statement that nowhere in the world was there so much life as in Kathmandu.

I felt and knew that I could do this trek with dignity. And indeed, my “mountaineering” subconscious zone was quickly activated, and I enjoyed the movement – I love climbing uphill at my own pace. 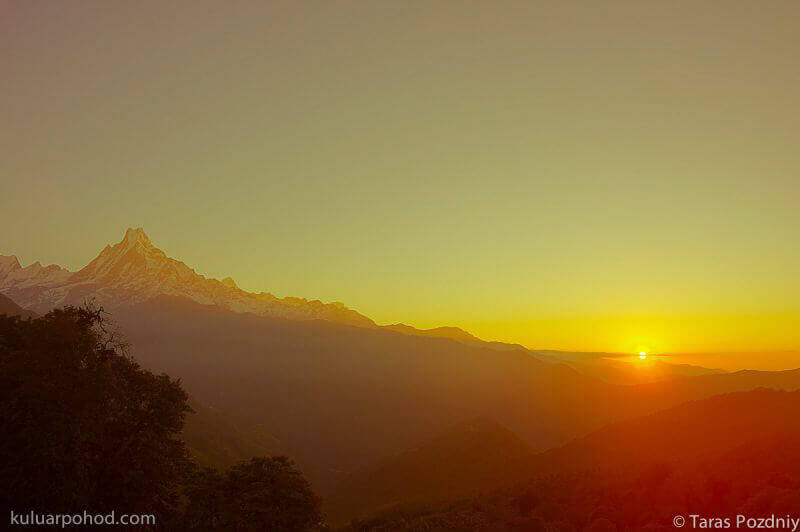 I just love flying. I feel free and relaxed in an airplane. My iconic memory is the sunrise, which I had a chance to watch from an airplane when I was a student, flying from Samarkand (Tajikistan). I marvel at people who are afraid of flying: yes, there are plane crashes – but what does that have to do with me?

I like spending time and hiking with young people. They are so interesting and well-developed, I would even say – real. They are not afraid of the world and are open to making new acquaintances. Thanks to Taras and Natasha, I read “The Hunger Games” and “Divergent” during the trek. I think that even at the age of 54 it is possible, and even necessary, to read such dystopias sometimes. 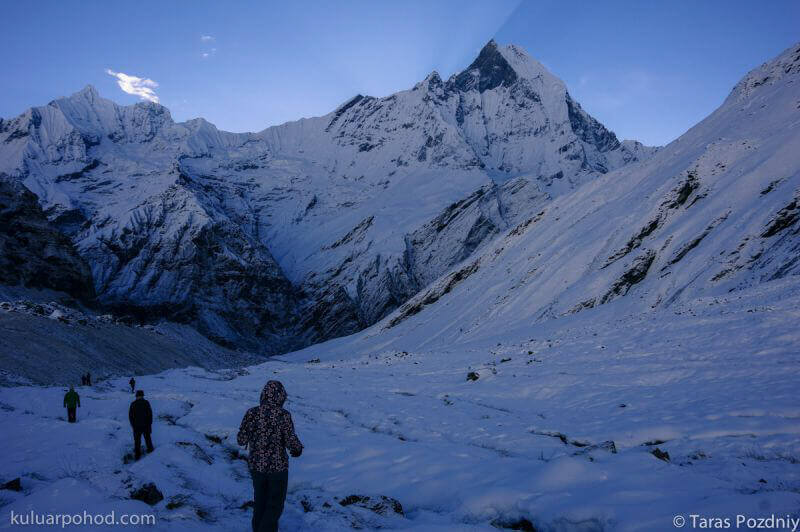 I like to overcome difficulties. And on these kinds of treks there are plenty of them. Here you only have to go forward, step by step, despite knee pain or fatigue. You enjoy the mountain trail, the rich green of the real jungle and the snow-white peaks of the mountains, knowing that there will be peace and another cup of lemon ginger ahead. The mountains offer an amazing opportunity to be yourself. There is no need for any social masks, everything is real and sincere. 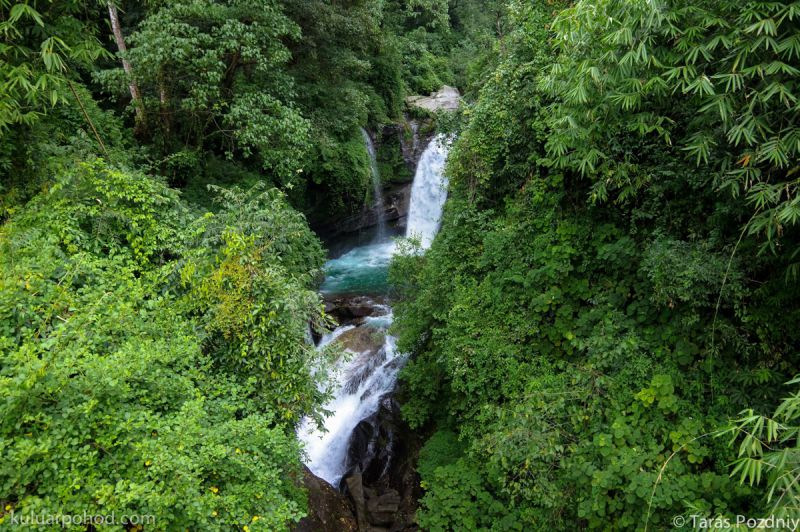 I was ready for Kathmandu, so everything was expected, but no less impressive. Surprisingly, the dust didn’t bother me – I could breathe freely and easily, though I did bring a mask just in case. 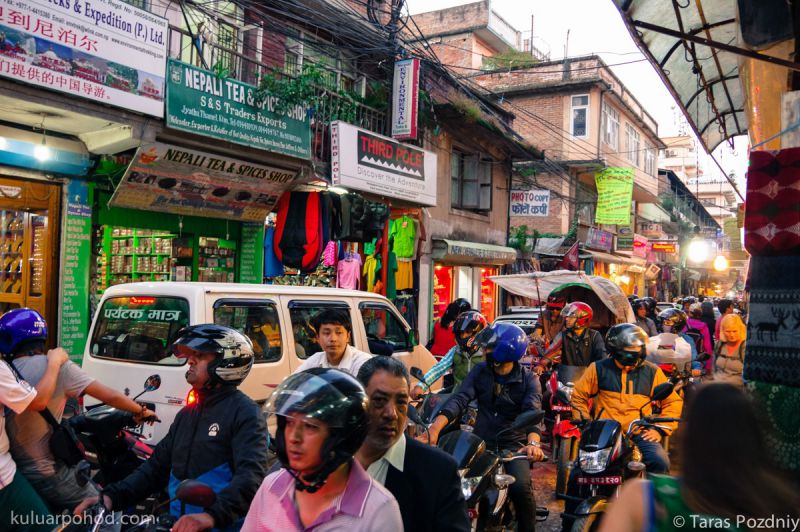 The first thing that stunned me was Bhaktapur. It was as if you were transported to a different world, many, many years in the past – somewhere in the Middle Ages. Bhaktapur is the first capital of Nepal. Walking around the city, I learned to perceive the life of the locals on the go, its saturation in the streets – manually threshing grain, drying crops, and children running around without any supervision. 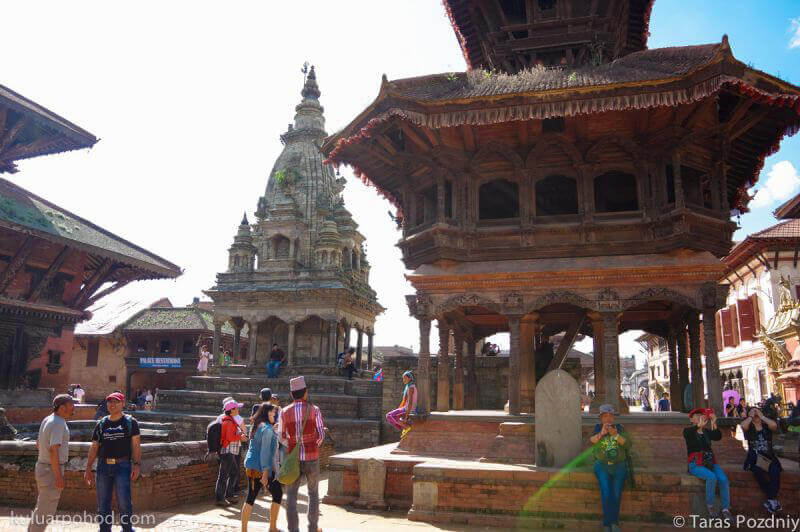 The trek itself – 10 days in the mountains – was not as difficult as I had hoped. The main thing was to keep my pace. The bamboo thickets and the fabulous rhododendron jungle were amazing. 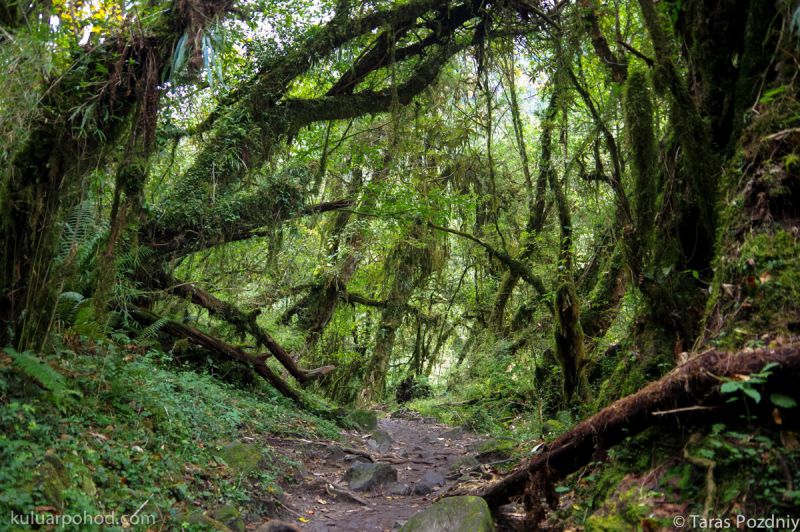 The mountain rivers, many waterfalls and hanging bridges evoked a lot of emotions. I like to stop on the bridge and look down at the water. Its unrestrainedness, strength and perseverance is admirable and inspiring. I only complained that it was impossible to swim, as in the usual hikes in the Carpathian Mountains and the Crimea. I love the cold water of mountain rivers. But once, when we were steaming in the hot springs of Ginu Danda, I took a chance and dove into the river mountain stream. 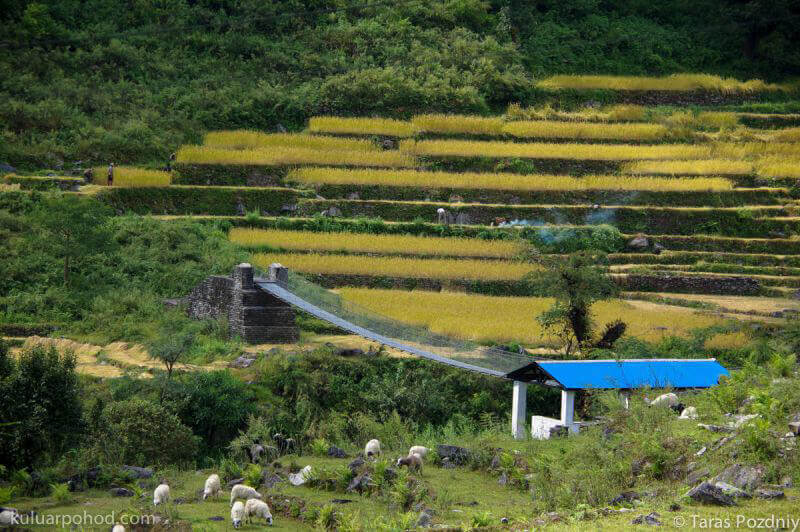 There are a lot of steps on the track. But they didn’t bother you much – you walk quietly, humming a song, or immersing yourself in your thoughts.

You can meet a lot of people from all over the place. Everyone is welcoming and interesting. At such moments, you realize that it’s better to know English. 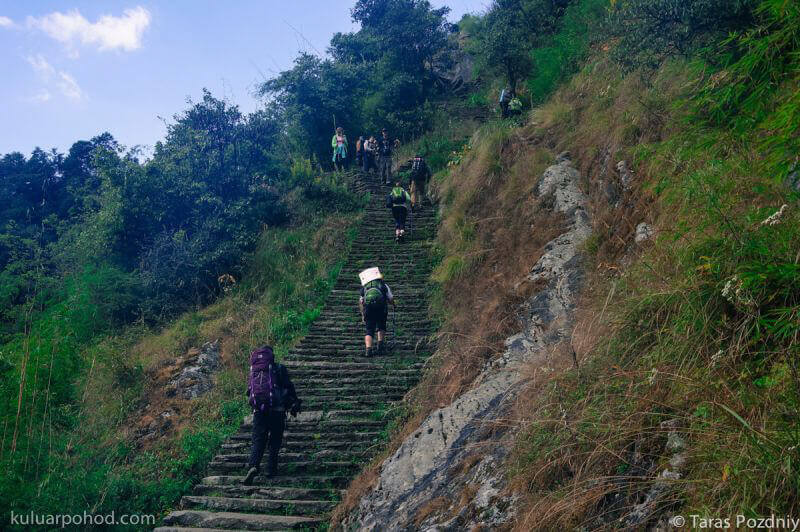 Well, the sunset at Poon Hill is really something extraordinary! The truth said Taras: “It will be the most beautiful sunset in your life. How many of them there was in the past – both in the mountains and on the level – it always awakens deep wonderful feelings. But here I had extremely strong emotions – even to the point of tears. It was the kingdom of light and beauty! The sun was shining behind the hills. At first the snow-white peaks across the street – Dhualagiri, Annapurna, Machapuchra (the sacred mountain on which the god Shiva lives) were illuminated. The sun was shining, shimmering with light, shrinking, wobbling, and inspiring energy and joy. It rose above the world with a calm confidence that everything belonged to it, and even more, with light and warmth. 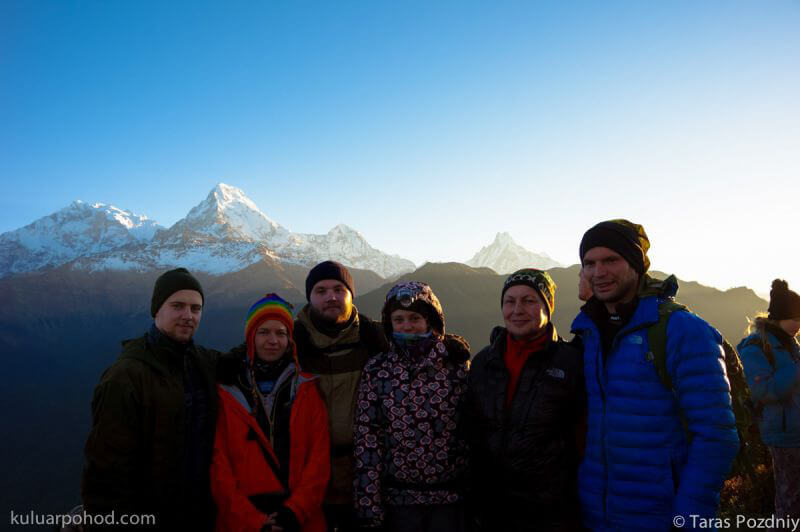 There were a lot of tourists like us observing this miracle. And many of them were not for the first time. It’s worth seeing and feeling for everyone! 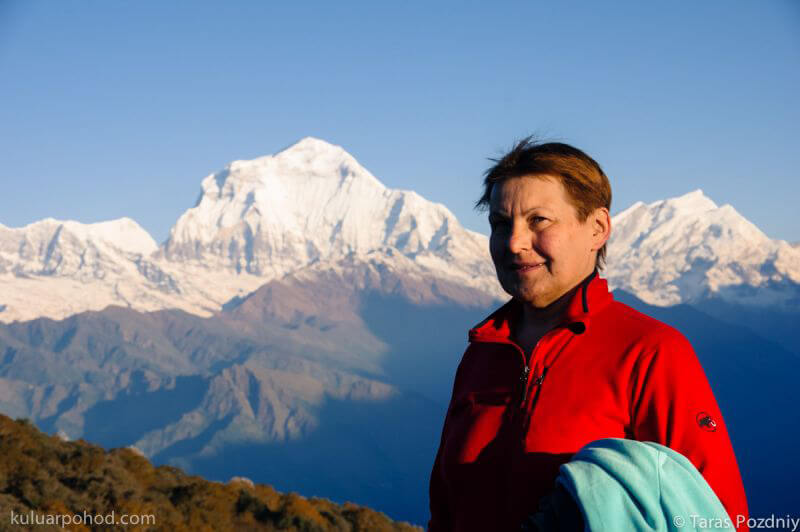 I can tolerate heights normally. The psychological attitude is important here – my body is smart, it can cope. And even at 4120 meters above sea level at Annapurna base camp it was crowded and brisk, although a little cold and snowy. The youngsters even played snowballs. Walking in the dark, watching a string of lanterns (like us, wishing to meet the sunrise) – it’s so mysterious. Where else would you see something like that? 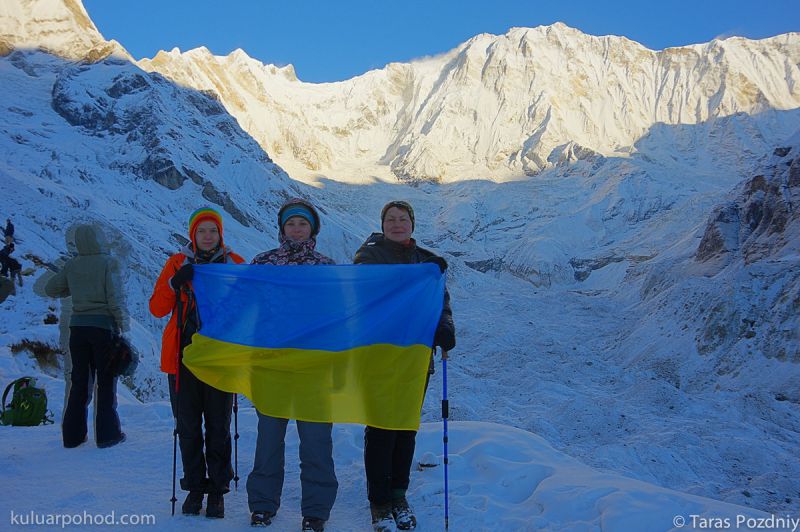 Quickly got used to the lodges, tea parties, tried massal and local dishes – you can live.

What was not: bad feeling, I was even surprised! After all, sometimes in the Crimea I had a few days of adaptation syndrome. And here we had such a flight, another climate – and everything was fine! There was no disappointment, no depression, no uncertainty (except for the streets of Kathmandu, where I never learned to navigate alone). 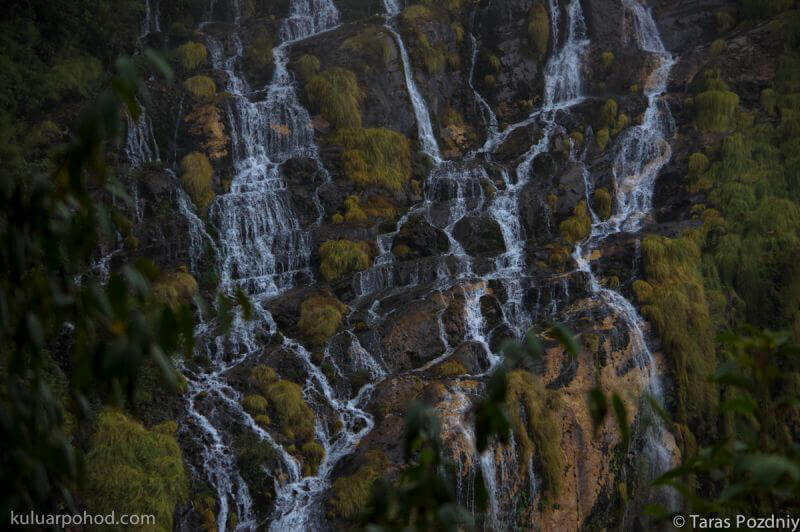 Every day I prayed for Ukraine, its prosperity and peace, and for everyone who lives here in Himalaya to be able to come here at least once to see this unimaginably bright sky.

The feeling of excitement, interest in everything around me, openness of mind, broadening of awareness inspired me during the whole trip. I was like being transported back to my own youth. When I returned home, I was filled with enthusiasm, energy, and a sense of connectedness to the world. Once again I became convinced that it is extremely necessary to engage in self-development, to explore other worlds. 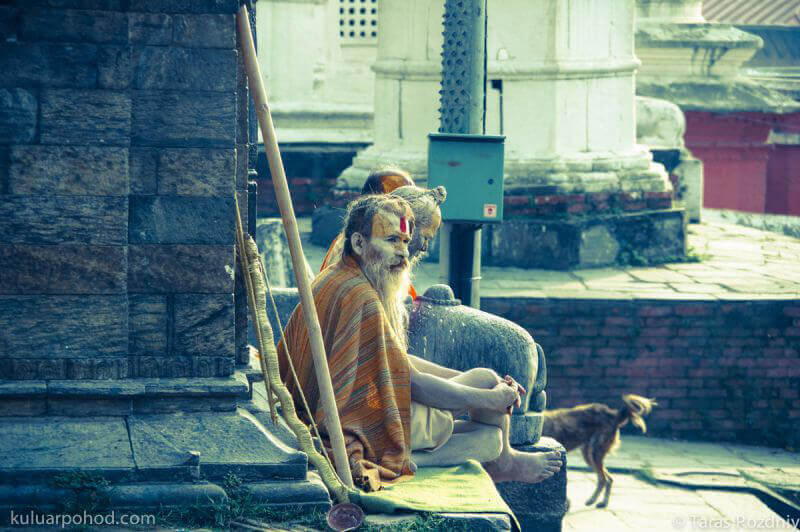 I’m 54 years old, but I was far from the oldest person on the track. There were a lot of people leaving next to us who were well past middle age. There were even 70-year-olds and older. Slowly we walked and enjoyed what we saw.

Separately, I want to write about the lasting feeling that struck me when I arrived home – the feeling that I needed to be there long ago!