The Lycian Way hike - backpacking along the eastern part
Turkey
Author: Tikhonov Ilya, 27, Kyiv
Overall rating
Teamleader rating
Manager rating
A few years ago I managed to go on one of my first hikes with Kuluar. It was the "Valley of Ghosts" route. It was an awesome trek through the Crimea in the height of summer, and it gave me a lot of unforgettable emotions and predetermined my further hiking future.

It was after that hike that I got the idea of the Lycian Trail. But I could never get away, because hiking there is only possible in the fall or spring, and vacations are usually in the summer. But this fall the stars happened, and I, literally a week and a half before the campaign, bought plane tickets to Antalya. Let me tell you right away, I’m not a big fan of flying on a plane, but in this case, the desire to escape from the harsh reality of city life in the mountains and the sea prevailed:)

My way to Antalya started from Kiev railway station, because the plane of Pegasus company took off from Kharkov, and first I had to get there. The Intercity train helped me a lot. 4 hours – and you are already in Kharkov, 3 hours before departure. Time enough to calmly get to the airport and even have time to drink a cup of coffee.

The flight itself is not particularly interesting to describe. I change planes in Istanbul, and then I’m on the way to Antalya. A magnificent U-turn over the sea and a lingering wait for my luggage. Here I was cautioned by the first problem – extremely responsible and awfully tidy Turkish porters ripped the fasteners to secure the backpack to my belt from my backpack. This was a problem in the first time, because to carry more than 20 pounds on one shoulder is still a pleasure. 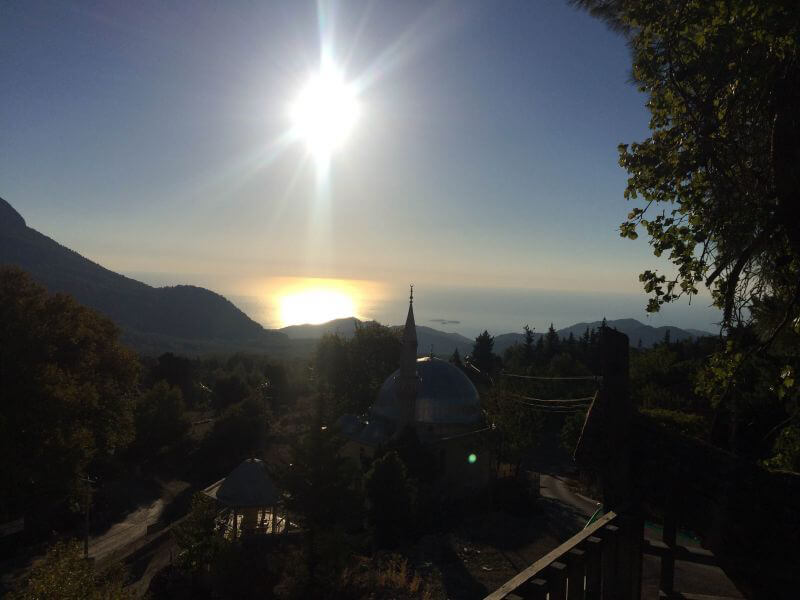 Four people from the group arrived on the same flight, so we found each other pretty quickly and went to Burger King to celebrate. We had one more girl to wait for, who was supposed to arrive a little later. The rest of the group had arrived the day before and were waiting for us at the bus station.

After a long-awaited joyful meeting, tears of joy, and hugs we boarded the bus and headed out of Antalya, to the start of our journey. During the hour and a half ride we had time to get acquainted, learn all the secrets about each other and even give each other our call signs, which, incidentally, did not stick and during the hike were changed to more truthful and hurtful.

When we arrived, we went to the seashore, had a snack, rested, bathed, put on our backpacks, and headed into the mountains. 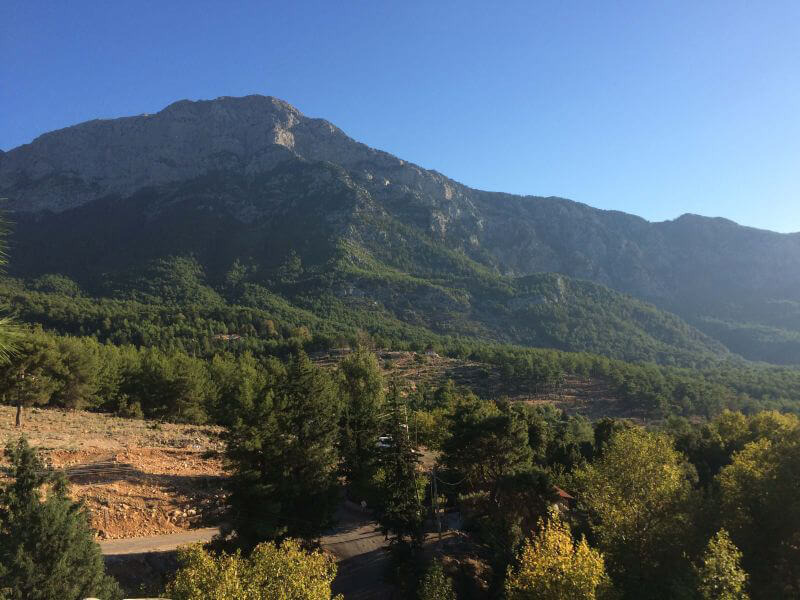 I do not see the point in describing the entire hike, so I will describe in detail the main memorable moments:

1. Under no circumstances do not refuse the opportunity to swim in the canyon Geynyuk. Not only that it is necessary to get there by full serpentine road, so also to bathe in 10-degree water, when the air temperature +30 – a separate pleasure.  This is cool, believe me )

2. Make sure you accidentally somewhere not to blow. Do not repeat my mistakes. Going to the mountains with a temperature is still fun. Especially in the evening, when the temperature drops to +10 degrees, and in the morning the sun is long hidden behind the mountains.

3 Do not neglect the thermal underwear. Turkey is a warm country, but in the mountains is cool enough in the evening and at night.

4. If during the hike you will see a group of girls with wild eyes and slurred speech – do not be frightened. It is better to come and feed them. But not with your hands, they can bite your elbow. They are followers of the so-called vega-tourism. Scary people. They do not take any food with them when they hike. They only eat water and fruit they find along the way. Although, I’m pretty sure that many of them by the end of the hike become excellent hunters of insects and small lizards.

5. Eat white and red pomegranates everywhere. You didn’t know there were white pomegranates? This will come as a surprise. They’re not green 🙂 But don’t eat the cactus fruit, don’t eat it at all. I warned you. There are also figs, persimmons, oranges, grapes and more. Green olives are especially delicious 🙂

6. Be sure to climb Tahtali (2365 m) – the highest peak of the hike. There you can eat, drink coffee and look at the clean and nice smelling tourists who climbed there from the other side of the cable car 🙂 Yes, the food portions there are huge 🙂

7. If possible, find 60 lira and from Adrasan book a boat tour. I was not, but judging by the girls who came back happy and full of impressions, it is worth it.

8. Especially important admonition, which no one told me in time, and which I deeply regret – book yourself three days in a hotel in Antalya. After the end of the hike you check into this hotel and, lying in a lounge chair on the beach with a glass of mojito, you remember how you were “hard” in this hiking:)

And at the end I would like to write general impressions from a campaign. Often, hikes leave not the best memories due to the fact that the team of participants did not come together in character. It happens, all people are different. In such a situation to rest pretty hard, if not impossible. I would like to note with pleasure that our trip was held in a friendly atmosphere of laughter, jokes and complete non-seriousness.)

The main role in this was played by our teamleader Maxim. After the first few days of climbing he made us feel a strong bond of hatred for him. Of course, this is a joke 🙂 Maxim is an excellent guide. He played his guitar brilliantly in the evenings, and during the transitions he distracted us with games of yes/no. He told us funny stories from the previous hikes and made us do exercises 🙂

All in all, I’m wildly glad I was finally able to make it out to the Lycian Trail. Thanks to Couloir for giving me the opportunity to hike! Special thanks for that to Oksana (the curator of this hike), who told me at length and in detail about the hike.

If you are still thinking about whether to go there, don’t think, just go )