Safari in Tanzania. Which park to go to, what will we see? Serengeti, Ngorongoro

Safaris in Africa are trips into the wilderness in order to observe animal life in the wild. While in the past safaris were reserved exclusively for hunters, nowadays millions of people come to Africa for photo-hunting.

You do not need to be a professional photographer, because even on your phone you can make unique images. 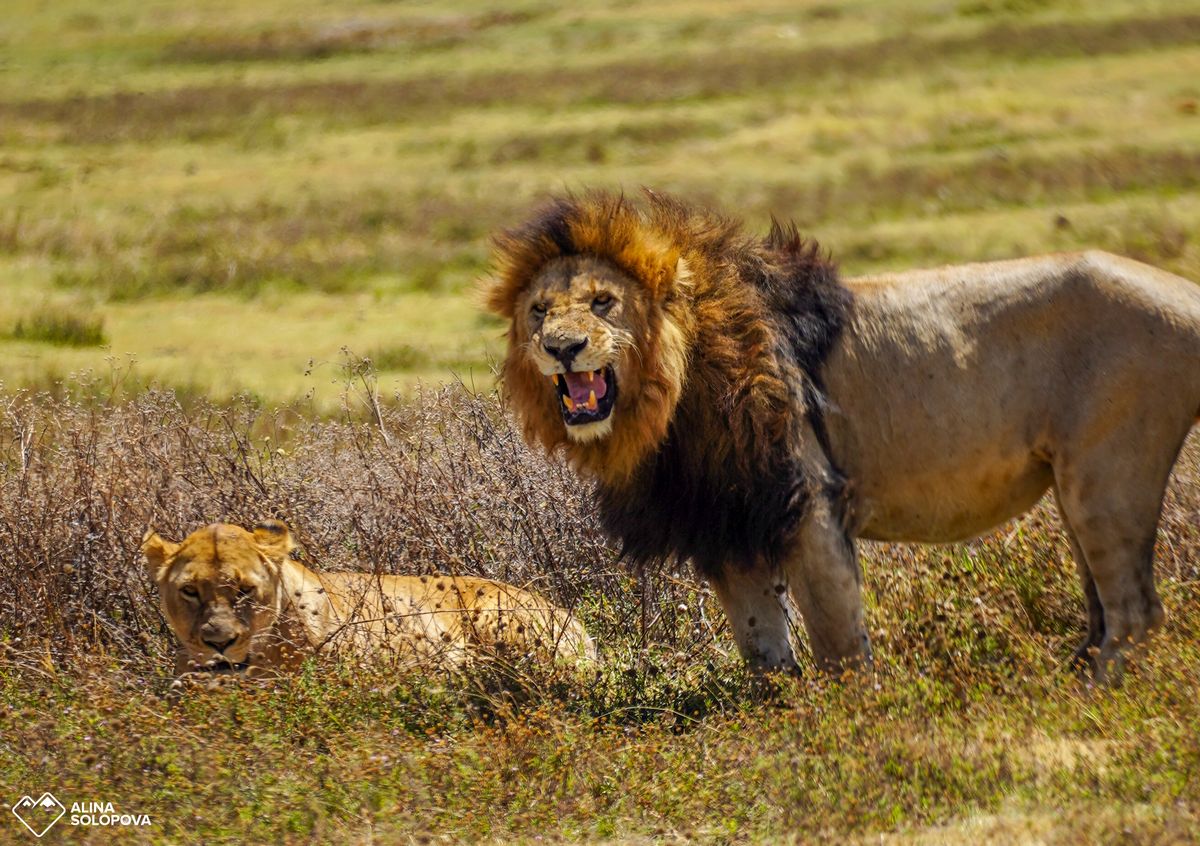 One of the best countries to participate in safaris is Tanzania. There are many national parks and biosphere reserves, where the most natural conditions for animals and birds are maintained. In addition in these places hunting is prohibited, and therefore animals are not afraid of people, allowing them to come close. In this article we will tell you about the safari in the north of Tanzania, which is very convenient to combine with climbing Kilimanjaro and with a vacation on the island of Zanzibar.

Please note! Safaris are available for any dates that are convenient for you. Safari in Tanzania – features of an African safari

The most common way to organize a safari is to travel by vehicle to wildlife habitats. Most often, off-road jeeps are used, specially equipped to make observing nature as convenient as possible. Less frequently, safaris are conducted as walking tours, canoeing or horseback rides.

Safaris can last from one day to a week or more, depending on the purpose of the tourists. If the trip takes more than one day, overnight stays can be arranged at nearby campsites, or in special lodges, where you can sleep overnight in greater comfort.

Safaris in northern Tanzania usually start from the major city of Arusha, where you can reach the parks of Tarangire, Manyara and Ngorongoro in a few hours.

Safari in the Serengeti – lion hunting

Serengeti (14.7 thousand square kilometers) is the largest national park in Tanzania. No wonder its name is translated as "endless expanses". Here you can meet the "big African five". These are the animals, to see which on safari is considered the best luck. These include the lion, leopard, elephant, rhino and buffalo. By the way, the lion population in the Serengeti is the largest in all Africa – about 3000 animals. Other predators such as cheetahs, caracals, servals, hyenas, jackals, wolves, foxes, mongooses, honey-eaters and crocodiles can also be found here. 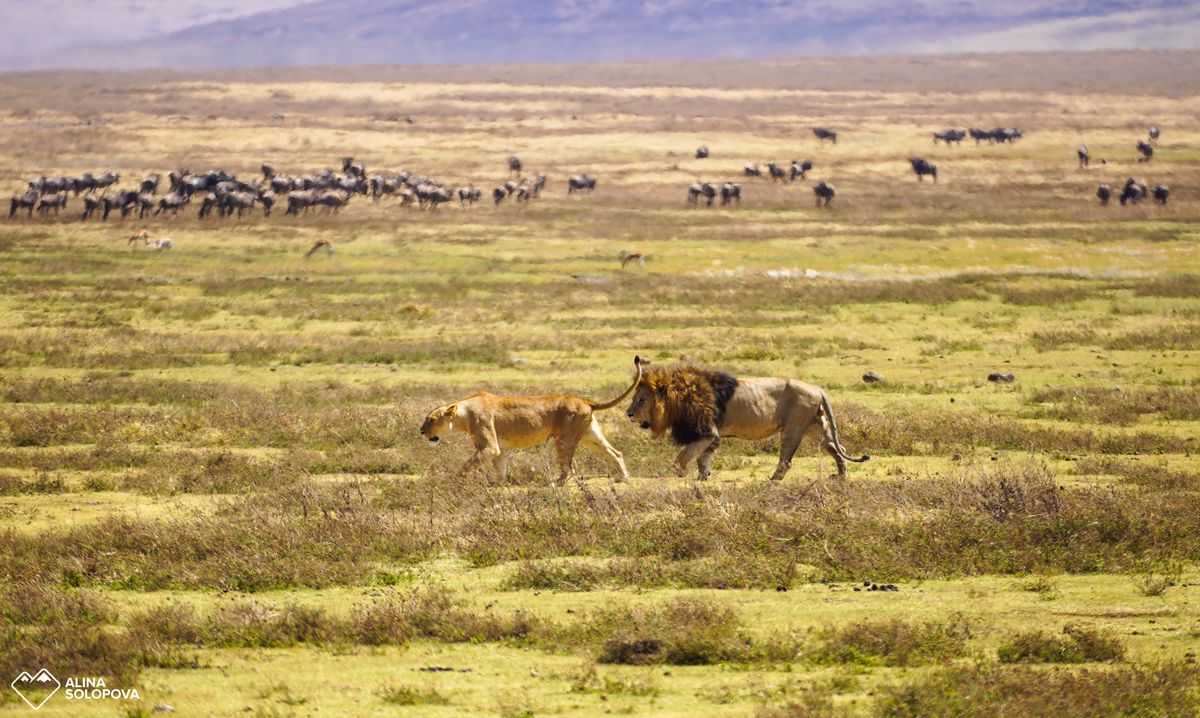 But the park is most famous for its unique natural phenomenon, the Great Migration of animals. Each year about two million wildebeest, zebra, and Thomson's gazelle gather in huge herds and head north toward Kenya in search of new pastures. Such aggregation naturally attracts many predators, for whom the real feast begins. The spectacle is so grandiose that it is on the list of the Seven Natural Wonders of Africa.

Ngorongoro (8,300 sq.km.) is a biosphere reserve located in the crater of the same name southeast of the Serengeti. The diameter of the crater reaches 21 km and the walls are 600 meters high! This has created a unique climate and a practically closed ecosystem. The crater is also included in the list of the Seven Natural Wonders of the Continent. 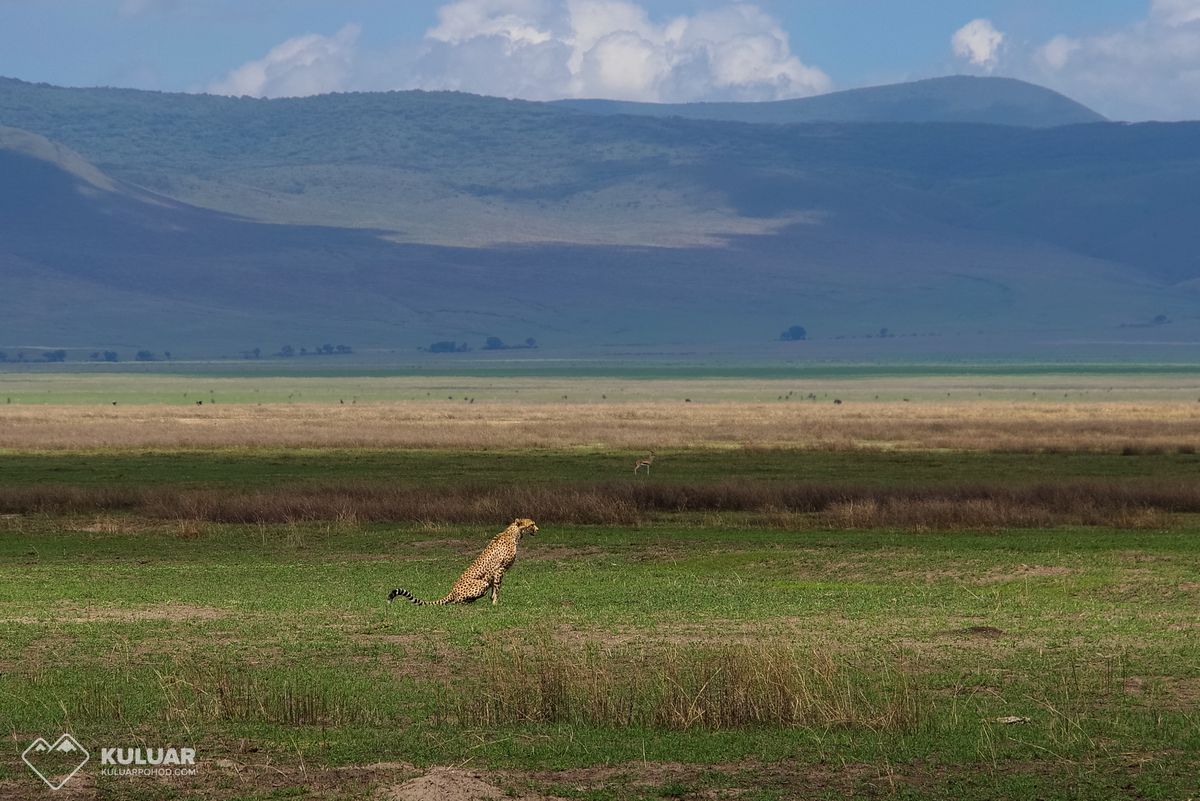 In Ngorongoro, as in Serengeti, you can see many animals, including hippos, ostriches, zebras, giraffes, and buffalo. And the density of predators here is the highest on the continent. The black rhino is considered the most valuable animal here. It is so rare and vulnerable that rangers can intervene if the rhino is threatened.

One of the highlights of the crater is the presence of the salt lake Magidi, where you can observe many flamingos.

Safari in Tarangire – home of elephants and baobabs 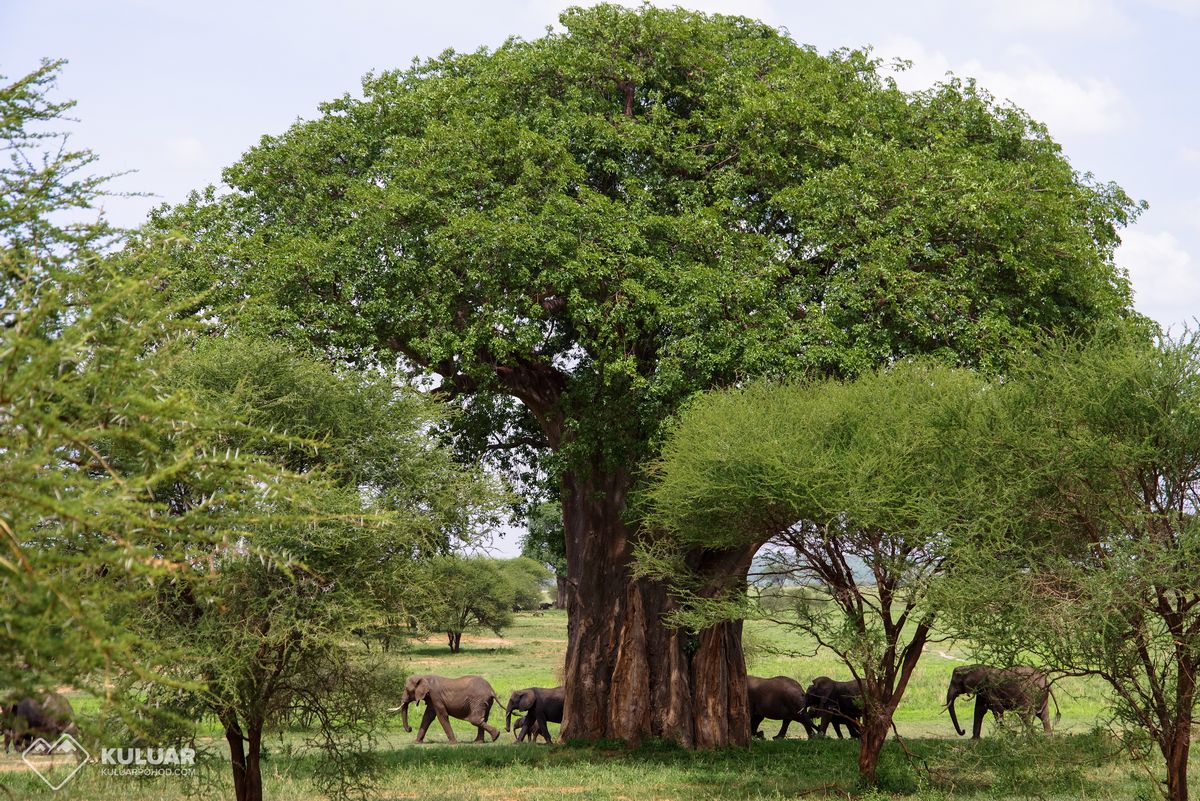 During the summer dry months, visitors to the park can witness the Great Migration of animals – antelope, zebra and buffalo. Consequently, predators such as lions, leopards and cheetahs also appear.

Tarangire is a bird-lover's paradise with about 550 species of birds! Another feature is the presence of giant termite mounds, which are favored by honey-eaters.

Manyara (325 sq. km.) is a small national park located between Ngorongoro and Tarangire. It includes the northwestern part of the lake of the same name and its coast. In Manyara you can see the same animals as in the Serengeti, both herbivores and carnivores. You will find the largest numbers in the dry season. 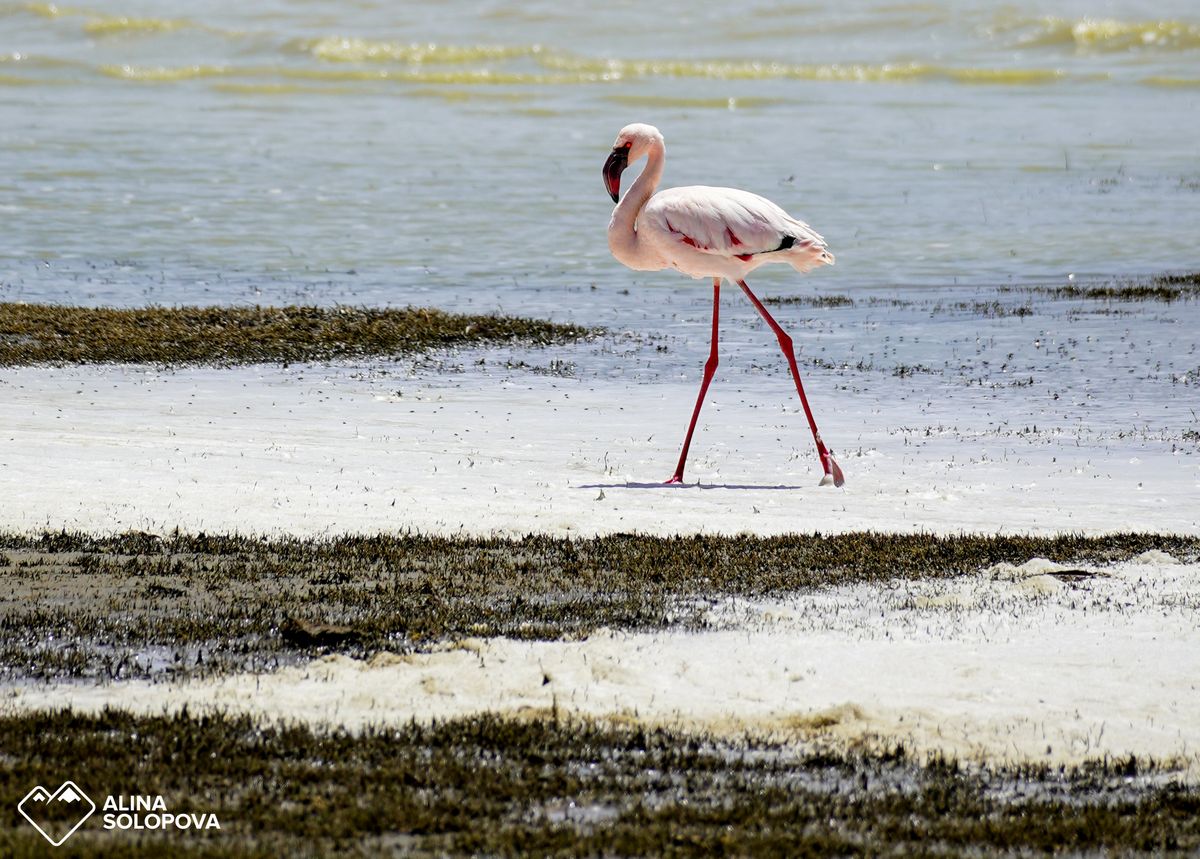 More than 350 species of birds live here in a compact area! Including storks, herons, pelicans and marabou. But most tourists come to Manyara Park to see flocks of thousands of flamingos, which gather on the shores of the lake during the rainy season. There are also birds of prey: Palm Vultures, Hawksbill Eagles and about 40 other species. 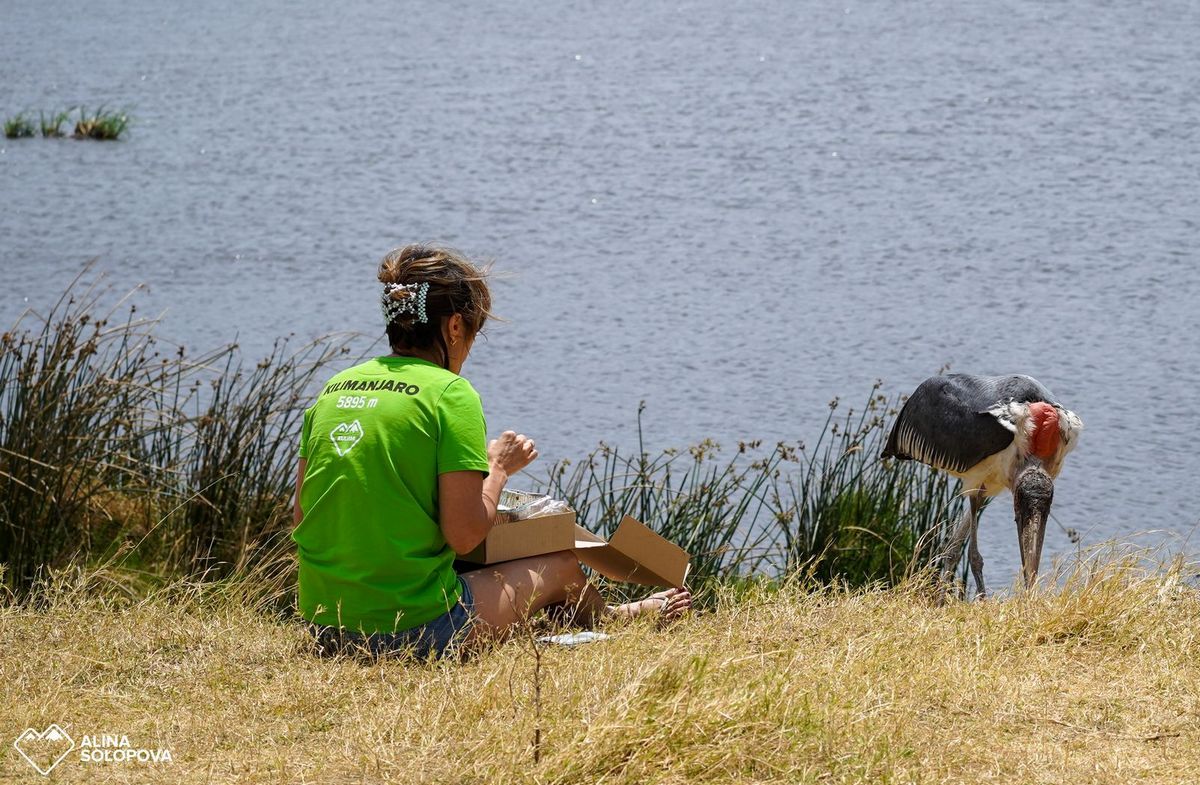 The best time of year for a safari in Tanzania

Tanzania has no seasons that we are accustomed to, but there are wet (March to May + November) and dry seasons (all other months of the year). During the rainy season, you will see significantly fewer animals, but there will also be almost no tourists. During the dry seasons, there are more animals in Tanzania and they are easier to be found (near sources of water), but there are also a lot of tourists. Also in the dry months the vegetation is not as lush, so animals are easier to be seen. All this does not apply to Ngorongoro, where even in the rainy months the number of animals is not reduced.

The table below will help you to figure out which months it's best to go to which park:

Separately, consider the case when you want to catch the Great Migration of animals in the Serengeti. It peaks in summer: in July the herds cross the Grumeti River and in August the Mara River on the border with Kenya. There the unfortunate ungulates are attacked by numerous crocodiles. It's not easy to get to the Mara River, but it's a sight to remember for the rest of your life!

How many days to go on safari in Tanzania

If you are not a professional photographer who can spend the whole day "hunting" for one good shot, it will probably be enough for you to allocate a couple of days on safari. The exception is the Serengeti. It takes about 10 hours to get there and back, so it's reasonable to spend at least 4 days on safari (taking into account the way there and back). 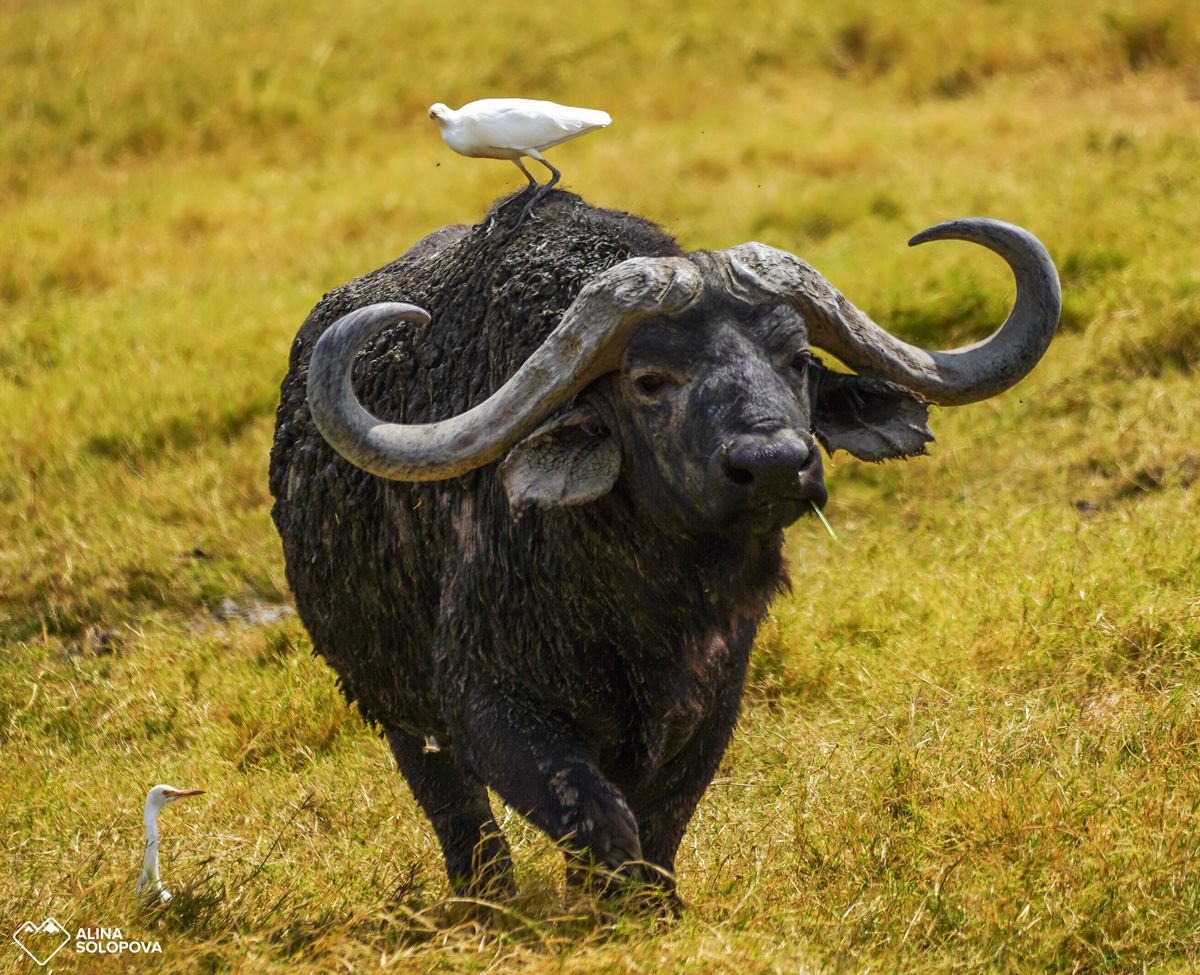 The 3 best options for a safari in Tanzania

Based on our years of experience traveling to Africa, we offer 3 optimal safari options:

If it's a safari in Tanzania, it's Kilimanjaro too!

Safari in the northern part of Tanzania is very convenient to combine with climbing Kilimanjaro, which will bring you no less bright impressions! In addition, the fauna and flora of this volcano are worthy of no less attention. Of the flora, the most famous are the famous Lobelia and Senecia, which everyone who climbs this volcano probably has a photo with. 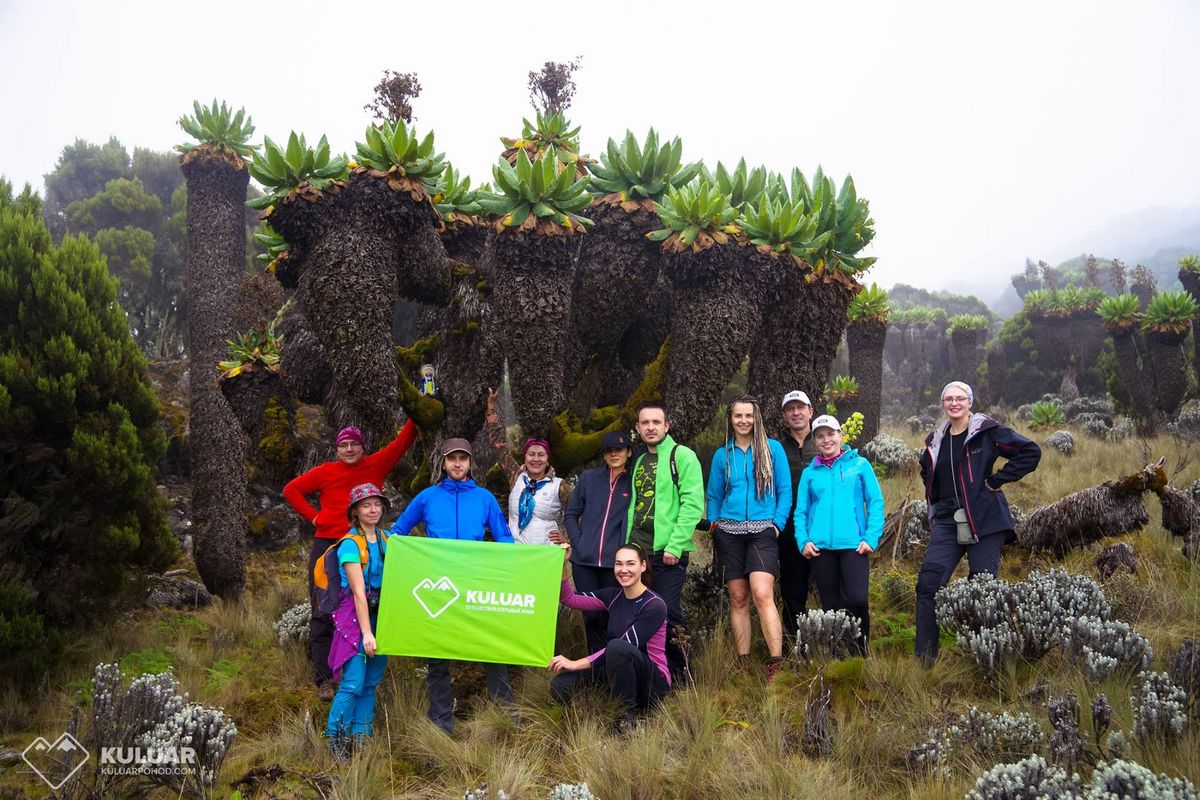 And after all the adventures in the mainland you can treat yourself to rest on the white beaches of the paradise island of Zanzibar.

All this (climbing Kilimanjaro, safaris in national parks, beach vacations) is included in the our program. Join us!