Trekking to Anapurna base camp Trekking to Annapurna base camp - trek to Annapurna
Nepal
Author: Julia Khokhlova, 32, Moscow, Russia
Teamleader: Sergii Novikov
Overall rating
Teamleader rating
Manager rating
There lived a girl, homely, quiet and a big coward, but with some kind of always fire in her eyes and a thirst for adventure. She lived an ordinary life, worked from 09:00 to 21:00 and, waiting for a vacation once a year, went to the sea or to Europe. Ten days on the beach under an umbrella, constant trips to restaurants and stores were more like an empty, aimless filling of time than a full life.

And so, as it usually happens, when you sincerely want something, the universe gives it to you – the information came. I saw the Himalayas on the Internet with my friends, and I realized that I needed to go to the mountains! My eyes lit up even more, my favorite state – the feeling of anticipation of adventure emerged.

On the issue of choice of tours we approached thoroughly, I found a huge number of online offers, made a table, painted all the pros and cons, consulted with all those who have gone hiking and, based on logic and intuition, trusted Kuluar, and did not go wrong. More attentive and responsible approach to the organization I have not met. I must say that afterwards, on the track, I also became convinced that Couloir is like that in everything. The attention to details and attention to detail with which they describe the routes, information about visas, medical kits, equipment, causes trust and makes you come back. And the way the guide behaves, how he solves questions of any complexity, deserves great respect for the professionalism of people.

Gathering stuff and equipment for the first hike looked more like a comedy, it all started with questions about a hair dryer, a basin and whether to take a dress, to the purchase of seven fleece jackets, three jackets and five pairs of pants. How we managed to pack it all in a suitcase is still a mystery.

And here we are in Kathmandu, with eyes aglow and heart pounding, looking around for our guide, Sergei Novikov. We recognized each other and became friends right away.  I felt as if we had known each other all our lives. I sincerely hope that Sergei had the same feeling.

It should be noted that our arrival day coincided with Holly Festival, which is a big Hindu festival of spring, colors, laughter, happiness, colorful powder and hugs of people from all over the world. This day will forever remain in my memory, a bigger street festival I have never seen before! 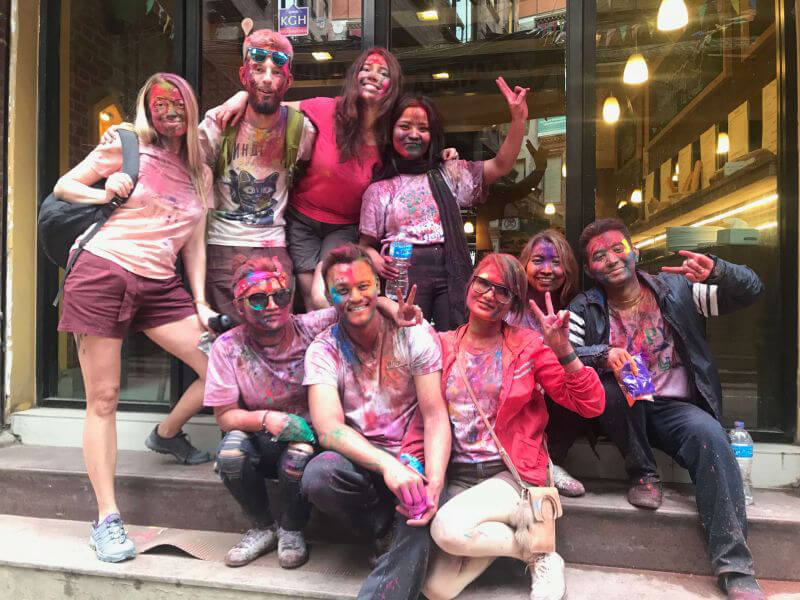 After the feast, in the evening, there was an introduction to the group, a joint dinner, a story about yourself, who you are, why you are in the mountains, and what brought you there. You know, I noticed that special people go to the mountains, large-scale, with a big heart and an open soul, many of whom will remain your friends for life, regardless of distance. That evening began our journey to ABC, and for me it also began my own journey, getting out of my comfort zone, testing my character, and, especially, overcoming myself in terms of getting up early in the morning.

Every evening, climbing into an icy sleeping bag or waking up in the morning, in the first seconds you ask yourself, “Well, why didn’t I sit at home? You could have lain by the pool instead of all this”!

But then you open your eyes, stick your nose out of the sleeping bag, and there…..!!!! And there’s such a beauty, such a view of snow-covered peaks, clean air, sunshine, that you immediately realize that it’s worth it. 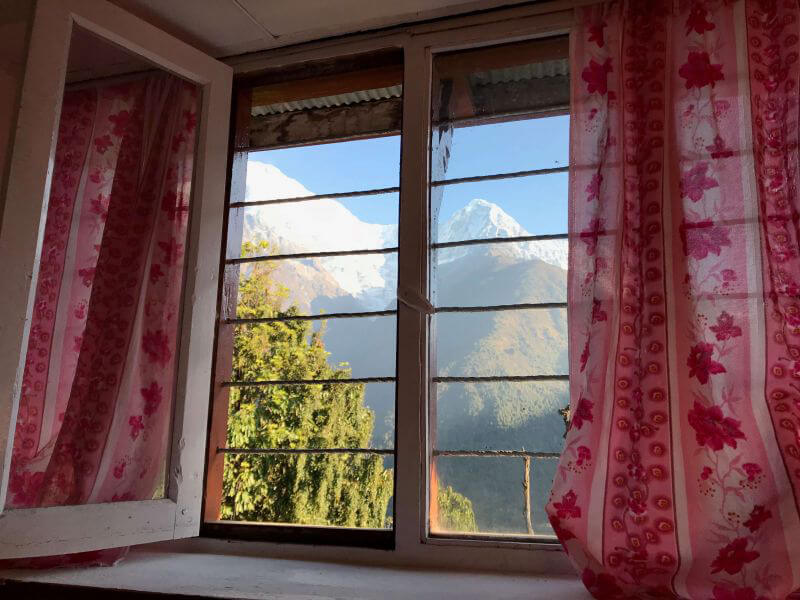 The most beautiful sunrise we met on Poon Hill at 3200 meters. I had never seen such a stunning view of the peaks. The dawn haze made us feel like we were sitting on a cloud somewhere in a parallel reality or in a dream. 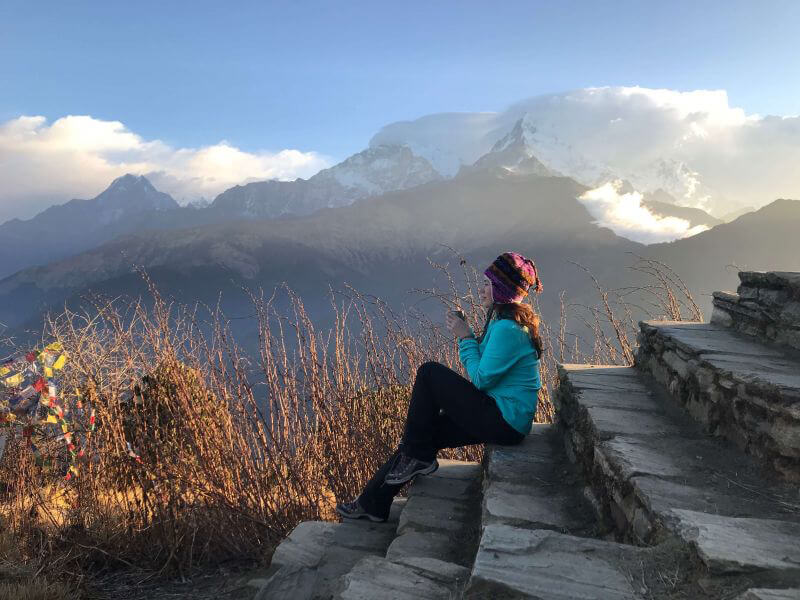 And, of course, the most difficult climb was on the day of the hike to Anapurna base camp. We got up very, very early, about four in the morning, it was dark and with flashlights we walked along the moonlit path to get acquainted with the beauty of Anapurna. Because of the high altitude we walked very slowly, we felt that there was not enough oxygen, breathing was heavy. I realized that for me the hike to ABC was like climbing a mountain, a real assault. And even though Serezha and the group laughed a long time and explained that the assault was something else entirely, but for me it was my own assault, and that was it! 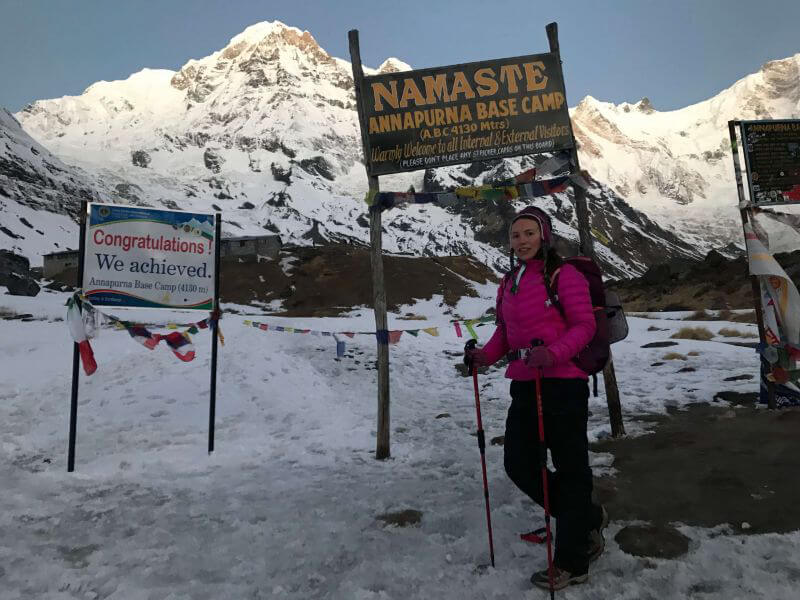 We all choose to spend our vacations and leisure time differently, we all have our own reserve of energy and strength, but if you ever try a vacation on a real trip, your life will never be the same again.