Trekking in South Iceland - Journey to Mars
Iceland
Author: Ivan Yevtushenko, Ukraine, Kiev region
Teamleader: Maryna Ruban
Overall rating
Teamleader rating
Manager rating
I decided to go on a hike spontaneously. The last time I was in the Crimea was eight years ago. Two weeks before the group left, I decided to join and bought the last place. I didn't know much about Iceland, but for some reason I really wanted to go there.

The first thing I encountered was the need for special gear that protects me from strong winds and water. I was naked as a falcon, so I had to spend a lot of money. And it was the right decision.

My backpack weighed 24 kg and in Reykjavik they added burners which made it almost impossible to carry. Advice - take the minimum necessary.

My first impression of Iceland in June is the white nights.

The campsite in Reykjavik is very nice, there is everything you need: showers, toilets, kitchen, barbecue.

The first day we went to the Golden Ring by bus.

We liked everything - the waterfall, geysers and plate breaking, though it was crowded on the route. 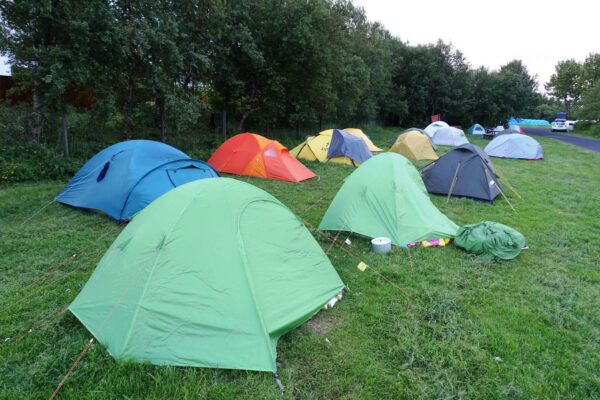 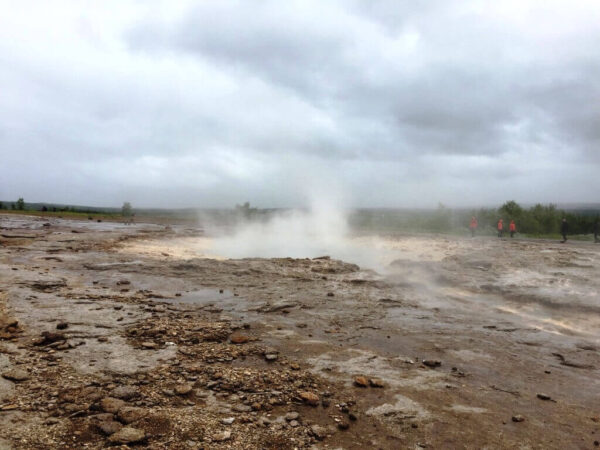 The next day we started trekking - the bus brought us to the first stop.

For me inexperienced (only the Crimea under my belt) this trek was a real test of strength. Only here I really learned all the power of water and wind. Especially difficult it was on the passes, when you are walking on wet snow, while it was pouring and you were blown away by a side wind, when you had a huge backpack on your shoulders.

We were very lucky with the team, most of them were experienced guides who helped the newbies with advice and help.

The guide Marina was a real fighter and encouraged the team to go faster and complain less. 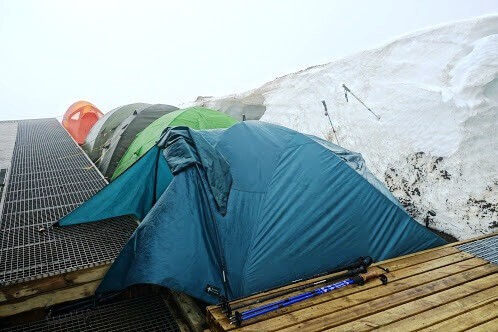 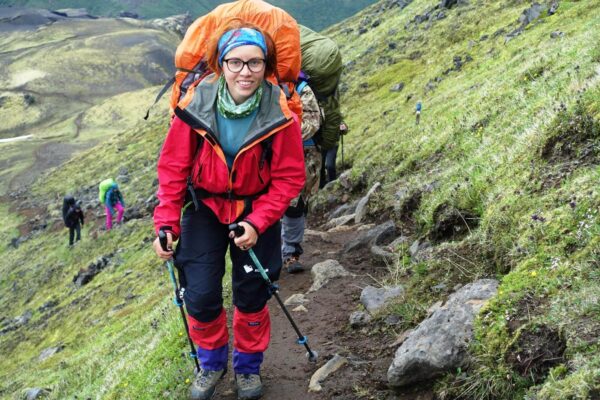 When we passed the pass and descended into the valley, the beauty of Iceland was right in front of us. It's hard to describe in words - all sorts of combinations of black and green were constantly before our eyes.

At one of the stops we bathed in a hot spring that mixed with the river, it was unforgettable.

On this hike I overcame my fear of wet boots - it turns out that even if they are completely soaked and something gurgles inside, you can warm them up with the warmth of your foot and the speed of your walk. 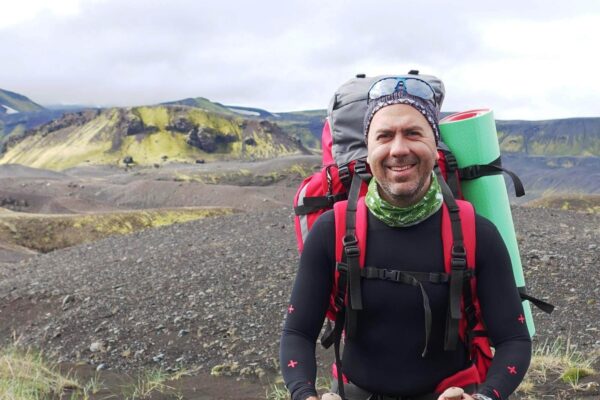 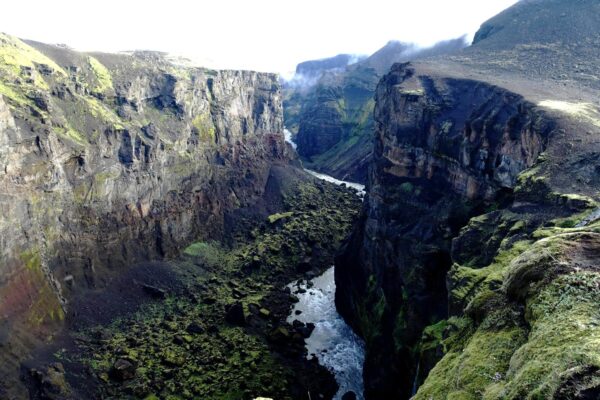 Several times we went fording in the rain - we felt like heroes after that. 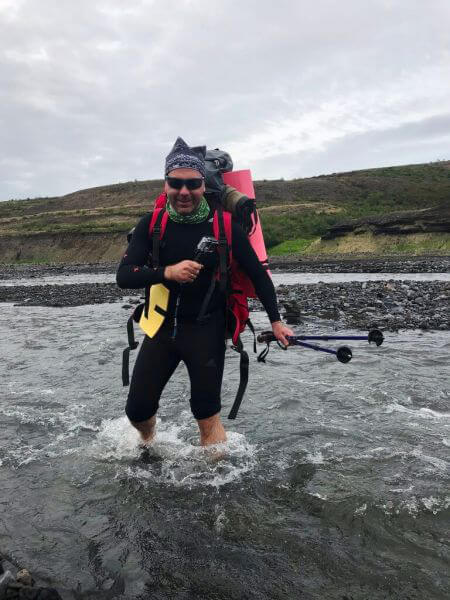 In general, we were not very lucky with the weather - we only had sunshine for a few days during the entire hike.

Before heading out to the town of Vik, the southernmost point in Iceland, we saw some beautiful waterfalls.

In Vik, we were able to take a dip in the ocean and stay on a gorgeous black sand beach.

We also visited the mouth of the river, which discharges into the ocean icebergs that broke away from the glacier in the interior of the island.

We hitchhiked a little and had a bit of a downhill experience. 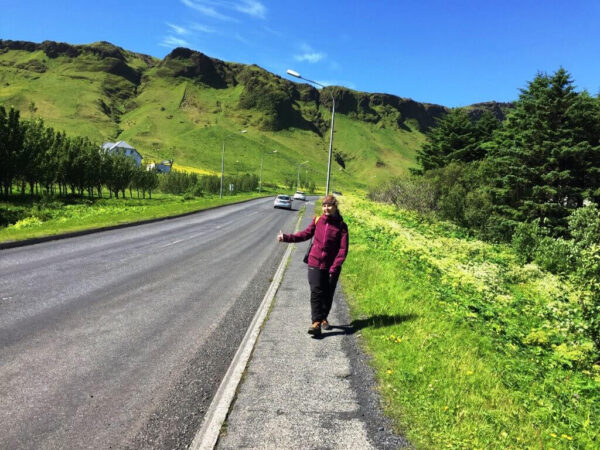 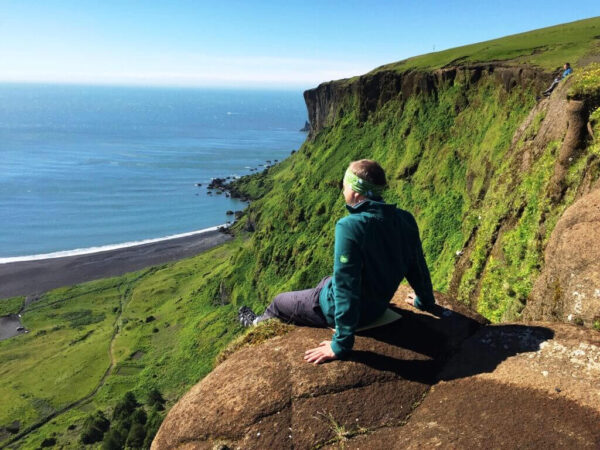 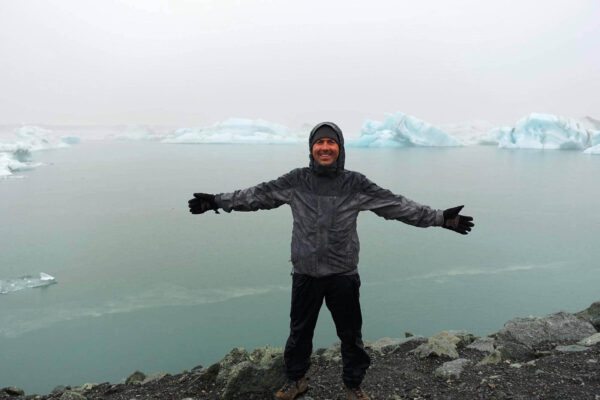 The last day in Reykjavik we went fishing and had a great experience. We caught more than 40 kg of fish in two hours. 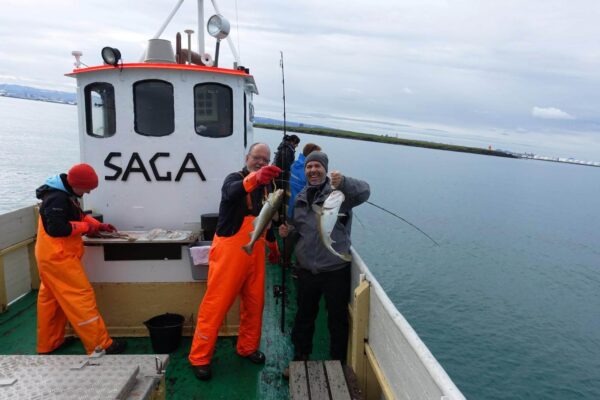 The result is a trip you won't forget for the rest of your life. After that you won't be afraid of any rain or wind, because you know where they really live.

A short video from the hike. 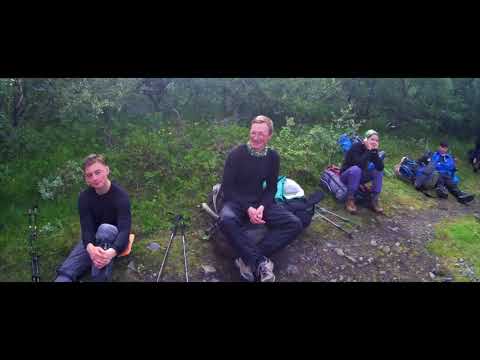