A Little Life in Iceland Trekking in South Iceland - Journey to Mars
Iceland
Author: Anna Kabish, Ukraine, Bila Tserkva
Teamleader: Taras Pozdnii
Overall rating
Teamleader rating
Manager rating
Somehow it happened that the most exciting and brightest moments of my life happened accidentally or unplanned. To say that my trip to Ireland was unplanned is not possible, and the decisions and inner motives that prompted me to say "so" of the possibility of going to the Eastern-Western part of Europe were spontaneous.

Perhaps the lack of long thinking dragged me down, because even the thought of spending part of my favorite time of the year in a country that is cold for me, could have dissuaded me from this adventure. So first of all, I thank heaven for the fact that without thinking for a long time, but just desiring to see what seems to be in the photo unforgettably grandiose beautiful, I made up my mind to fly.

Preparing for the trip could be divided into two parts: physical (buying tickets, visa, collecting clothes, packing backpacks) and moral (setting yourself up for the occasion and maintaining a good mood). And so everything went more or less well with the first, but the other already had no strength and no enthusiasm. So when I got to the airport, I grew more and more anxious, like "well, what is going to happen", and on arrival in the Rijkjavik it turned into internal panic.

But the first impressions and thoughts about the fact that the world is inexplicably different and beautiful appeared in Copenhagen, where we had the opportunity to walk for a few minutes before departing to Iceland. The city is fascinating, fascinating. It is enforced by some young spirit of turbulence, which comes from the beautiful and bright Copenhageners.

Iceland was greeted with gloomy weather, but quite positive impressions of the camping with the facilities and the presence of an extraordinary mix of different nations, which was interesting to watch. 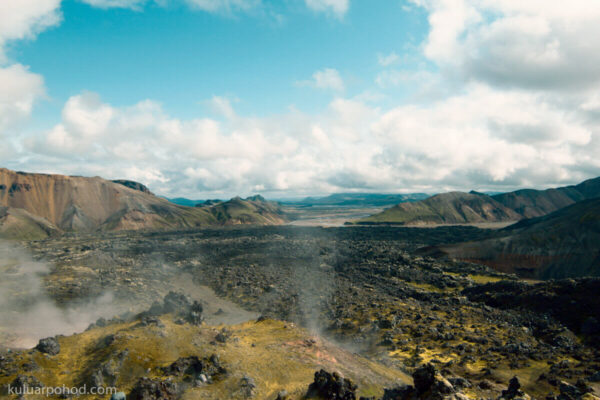 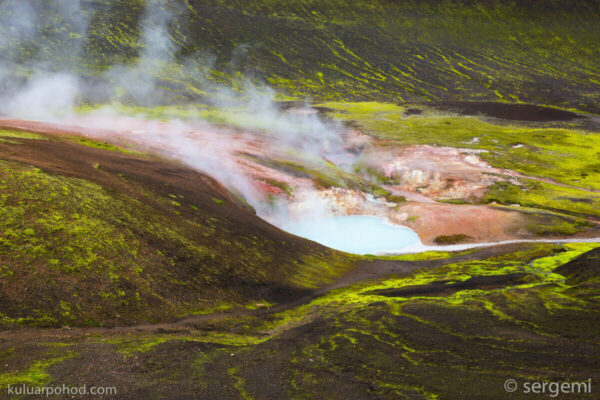 We really do not want to describe in words what awaited us the next week. On the one hand it seems that the words just can not describe the incredible beauty and innocuous power of this place, but for the pictures of poor quality in general I want to punish myself =). So I will dwell on the moments that gave us a very strong impression.

Icelanders. Nemovirna respect for the little people, which is so generously, faithfully and scrupulously watching their language, history, culture and nature, can not but occur after traveling around the country. Self-awareness, generosity, a desire to develop - the main characteristics of the Icelanders, which I had the opportunity to either witness or talk to. It's very funny how the Icelanders think that 5 cars on the road in front of them is "heavy traffic". 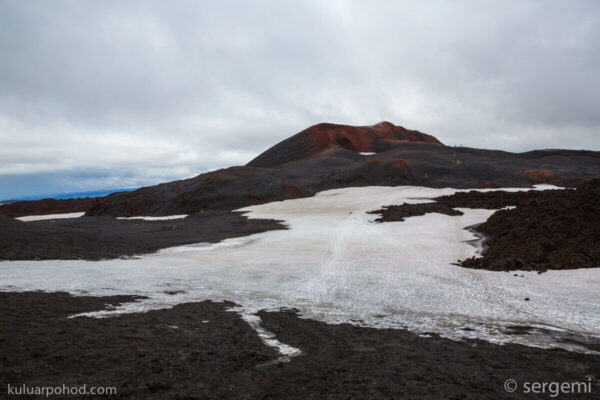 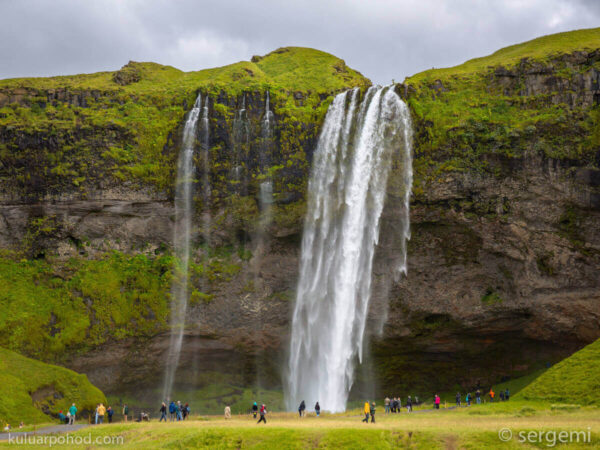 Reykjavik. Quite an unhealthy town. In the sleeping areas - calm, quiet, empty, without high buildings makes it seem like an incredibly tedious place. In the center during the walks of tourists - lively, interesting, unexciting in comparison with other European cities. The overall impression of the city - I would say nothing special, but still fascinating.

Prices, money, economy. To the prices in Ireland must be morally prepared and purchase chocolates from the route especially for yourself back in Ukraine ;). On returning home in general it is very pleasant to walk around the store. And the overall impression - well, what could be the impression of the country, which follows the nature, has good roads and incredibly tasty frost, working on their own development and watches over the conservation of natural resources, which has overtly speaking not too rich. The Icelandic people are an excellent example to follow in this respect. 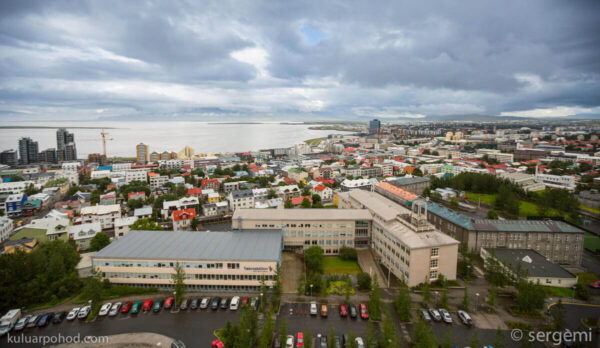 Nature. It's just worth seeing. The most fascinating is its diversity - it is incredibly important to look at the feet during the transition, because every 50 meters in front of the view posted a new, unimaginable view, which was difficult not to photograph, which is simply impossible to erase from their memory. And with each of them you can imagine them at home. The diversity of the mountains in Landmannalaugar; the feeling of how much power is under your feet when you look at the hot springs or geysers; Divine associations with Tolkien's Mordor when you walk through the black lava fields; the striking contrast of the black populace with the green and moss-covered rock formations; the fascinating shapes of the rock and Thorsmork mountains; The unimaginably beautiful Skoga River, which you can easily walk on without being immediately horrified by a new waterfall or a hole in which water of a non-self-containing force is raging, and the black beach of the small village of Vik; the cold Atlantic Ocean, where we did not hesitate to swim; Cold and fascinating ice lagoon Jokulsarlon; touristically violent, but no less nice, the route of the Golden Ring, which allows not only rediscover the new edges and divas of Ireland, but also to feel the spirit of the country, its historic peculiarity. All this is so harmoniously and unrepeatedly combined that I can hardly describe it in words. 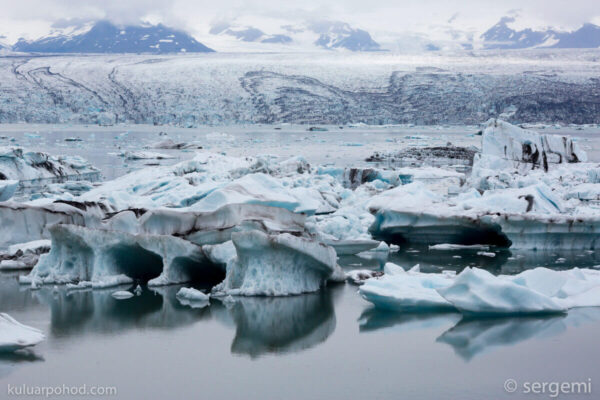 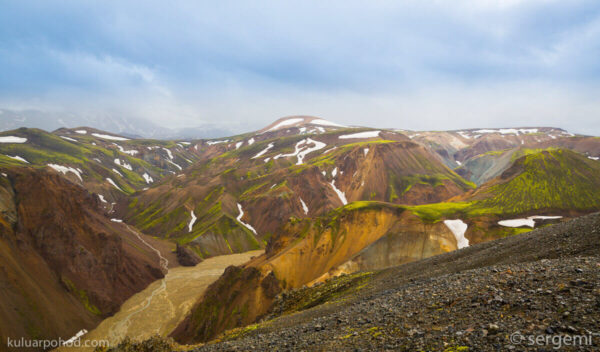 Group. I am very happy to spend those 2 months in the composition of our group. Thank you so much for the wonderful stories, for a good example, you gave me (for example, I did not want to thread on the weather or back pain), for the good mood, for the experience of communication and great arguments! 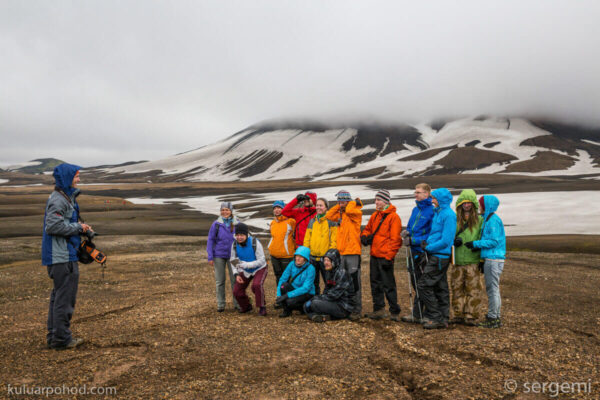 Conclusion. Perhaps, when you started reading my review, you were not quite sure what kind of hell I am describing my internal state at the beginning of the hike. So to explain - at the end of this state simply did not exist. Being under the overwhelming impression, you feel that the worries, insecurities and doubts disappear, there is simply no place for them in the charming and delicately magical country, where you feel at ease, and your eyes can't rest. I want and want to go back here, because I feel that every trip to Ireland is one small separate and unimaginable life with a duration of 2 days.